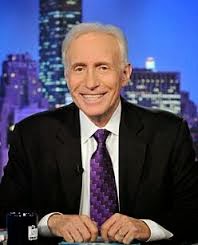 Sid Roth is a Messianic Jew who runs the website “It’s Supernatural” (google it yourself) devoted to converting Jews to Christ and promote all sorts of flimsy endtimes babble and miracle reports. You can also buy plenty of books (e.g. Stories of Supernatural Healing, coauthored with Linda Josef, “Ph.D”) and educational material, for instance a delectable Personal Trainer for Tongues, which invites you “to discover how easy it is to pray in tongues” and teaches you how to “prophesy your destiny”, “increase your revelation of God’s Word” (I have no idea what it is supposed to mean), charge “your spiritual battery” and activate angels. The articles on the site encompass all the usual topics; if you should want to, you can for instance read how L.A. Marzulli has “uncovered an amazing cover-up by the U.S. government and Smithsonian Institute to hide evidence Darwinism and ‘evolution’ have been disproven. Instead it supports what the Bible says!” (Roth claims that he originally thought the theory of evolution sounded reasonable, but later discovered the holes – heard that before?) Roth’s conversation with James Nienhuis concerning science, young earth creationism and global warming may give you an idea of how well he understands what he is promoting. One of his videos purporting to explain evolution and promoted by the WND is discussed here; it features … Bruce Malone. Also promoted by the WND is his video on how to change your DNA with genetic salvation, whatever that means (Francis Myles, who enthusiastically promotes the idea, sure doesn’t know).

Diagnosis: I am not going to give him too much space. Roth is just your standard liar for Jesus, and that’s really it – the only notable feature being how he couches his fire-and-brimstone fanaticism in a language borrowed from New Age personal development bullshit. Idiot, and a minor player on religious fanaticism’s anti-science team.
Posted by G.D. at 2:06 PM