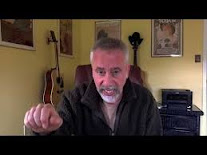 Louie Verrecchio is a fundie Catholic author, columnist and speaker, as well as president and founder of Salve Regina Publications, Inc. He is apparently particularly notable for his Harvesting the Fruit of Vatican II series of conciliar document study materials that explore the teachings of the Second Vatican Council, but has apparently become gradually more fundamentalist since writing it – he currently claims that Pope Francis has “judged himself a formal heretic” and, as a consequence, has surrendered the Petrine office and become an antipope. In particular, Verrecchio is concerned with questions related to marriage, condemning divorce and – but of course – gay marriage.

And Verrecchio is not content with dry, academic-theological musings and concerns. In a column for the anti-gay conspiracy site RenewAmerica, for instance, he expressed his dismay that NBC Sports hired openly gay figure skater Johnny Weir to provide commentary for the 2014 Winter Olympics, warning parents not to let their children watch figure skating alone. Weir is, according to Verrecchio, “a flamboyant, cross-dressing [entirely unlike this dress-clad fellow], homosexual man who thinks he has a ‘husband’ ” and a model for “the moral decline of society.” Continued Verrecchio: “So, unless you want your children exposed to the likes of Johnny Weir, an icon of the popular culture’s Hell bent determination to undermine the objective truth about marriage and family. If you allow it at all, don’t let your children to watch the Olympics without supervision.” Because just watching a gay person talk on television might contaminate you. Meanwhile, LGBT rights supporters are “nothing more than Satan’s little soldiers.”

Diagnosis: Deranged fundie idiot bigot. He used to be a somewhat significant figure among traditionalist Catholics, and it would be interesting to know his current standing in that group (among bigoted fundie wingnuts in general he is pretty undistinguishable, at least).