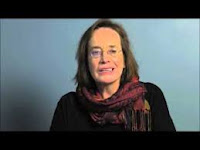 Fake illnesses, or more accurately: fake diagnoses, are a major problem, and they come in a variety of forms, from Morgellons disease to electromagnetic hypersensitivity. And to emphasize: There is no doubt that many of the people diagnosed with these diagnoses, either by quacks or by themselves, suffer – they may, indeed, really suffer from real diseases. But they are not suffering from the non-existing diseases they have been labeled with and that the quacks descending on these people, who are often in difficult situations, claim to be able to cure.

Mary Ackerley is listed as an ostensibly “certified” provider who runs the website survivingmold.com, apparently the go-to site for those who have been convinced that they suffer from “chronic mold sensitivity”, or, as the website puts it, “mold illness” or “chronic inflammatory response syndrome” – the nonsense was even featured in Netflix’s Afflicted. The diagnosis is not recognized by any serious medical organization, because there is no such illness, but according to Ackerley’s site, it can be the cause of as many as 40 different, unrelated and often vague symptoms. Ackerley’s opportunities to hand out the diagnosis and suggest sometimes relatively costly “remedies” to people in real difficult situations, are accordingly significant.

Ackerley herself is apparently a trained psychiatrist, who at some point turned to pushing various types of woo, including unnecessary “supplements galore” (her own phrase) and various techniques unsupported by evidence, on her potential clients instead. She is also president of something called “The International Society for Environmentally Acquired Illness” (ISEAI), which is probably not an organization to turn to for advice if you have actual health issues, and – according to herself – “a leader in the chronic inflammatory response syndrome (CIRS) field”. “CIRS” is a fake fad diagnosis that sounds like something that could be confused with something that Ackerley, a psychiatrist, has no qualifications to offer advice on. She has also written a book, Brain on Fire: The Role of Toxic Mold in Triggering Psychiatric Symptoms, and, like her website, it is full of references to toxins, one of the core gambits in modern health pseudoscience. Indeed, Ackerley seems to think that most of what we think of as psychiatric illnesses are really caused by toxins in the environment. This is false, and dangerously so, but in Ackerley’s mind her ideas represent an imminent paradigm shift that will soon be adopted by the reactionary scientific community. She’s just like Semmelweiss.

Diagnosis: She knows how to sound professional, but her ideas are as quacky as any snakeoil salesman’s, and they have the potential to harm real people. A potential rising star on the woo circuit, so attention is warranted.