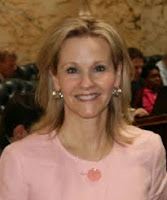 State legislatures again! (Though this time around the culprit is at least gone as of now.) Kathryn L. Afzali represented district 4 in the Maryland House of Delegates from 2011 to 2019. For our purposes, Afzali is most notable for her support of a 2018 bill that would protect “lyme literate” doctors from discipline.

“Lyme literate” doctors are doctors who cater to groups of people who believe they suffer from “chronic Lyme” (which is not to be confused with the very real and potentially serious lyme disease). Now, these people are certainly suffering and often desperate; they do not, however, suffer from chronic lyme (for a primer on chronic lyme, this one might be helpful). However, there are doctors willing to go along with, or even confirm with the help of nonsense tests, that diagnosis – and note the diagnostic criteria being used). These doctors are, as such, essentially scamming patients out of thousands of dollars with needless long-term antibiotics – or other, less orthodox and potentially dangerous means – based on a fake diagnosis. And sadly and predictably enough, “chronic lyme” patients who have bought into the diagnosis and the associated conspiracies needed to do so, are often the most ardent defenders of these doctors and wish to see them protected from what they judge to be persecution by the medical establishment while they are being fleeced. Meanwhile, the “lyme literate” doctors themselves have banded together in their own International Lyme and Associated Diseases Society (ILADS), which has issued their own nonsense guidelines for diagnosis and treatment of “chronic Lyme” based on nonsense “evidence” accepted only by themselves, and which are used to teach other practitioners how to become “Lyme literate.” Needless to say, ILADS is not an ACCME-accredited provider of continuing medical education.

Now, already in 2016, the Maryland legislature passed a bill that would require test labs to substitute physicians’ advice and evidence-based information with the advice that legislators, such as Afzali, whose background is in theater and real estate, wanted them to have with regard to Lyme disease. According to Afzali, the bill in question was merely the first in a series of bills she hoped to get passed. “The question is, what is the proper treatment for the disease [chronic lyme]. There’s many different schools of thought. We want to be able to pass legislation that helps these patients who have long-term treatment for Lyme.” Of course, if you restrict the relevant “schools of thought” to the ones that actually base their advice on evidence and science, there aren’t many of them, but then you are forgetting that the reason there is no serious evidence for chronic lyme is because Big Medicine is in a conspiracy to suppress what the conspiracy theorists and brave maverick doctors know to be true without having to rely on that evidence. In 2018, Afzali and 38 fellow delegates sponsored House Bill 880 (later withdrawn), which would have forced insurers to pay for long-term antibiotic treatment of “chronic Lyme” disease, where the criterion for diagnosing someone with “chronic lyme” was, essentially, merely a “lyme literate” physician saying that it is chronic lyme – after all, there were no accurate, detailed, objective criteria to use.

However, despite the idiocy and danger of HB880, it pales in comparison with HB1266, which later died in committee and would have protected not only “Lyme literate” physicians from any disciplinary action by the medical board “for acts or omissions that arise from professional differences of opinion”, but “Lyme literate” chiropractors and naturopaths as well. That bill’s sponsors were Ned Carey, Pamela Beidle, Barbara Frush, Carol Krimm, David Moon, April Rose and Dana Stein, and at least some of those seem to still enjoy positions in the legislature. And of course: it is not only Maryland; ILADS has been making efforts in numerous states, often with more success than they enjoyed with the ultimately feeble nonsense they managed to pull of in Maryland. Some of those efforts are described here. Yes, it is horrifying.

Diagnosis: Yes, it is deeply frightening. State legislators tend to have little understanding of medicine, science or evidence, and are often easily pushed by lobbyists with anecdotes and misguided people in desperate situations to support them. When it comes to “chronic lyme”, there is no particular reason to single out Kathy Afzali, except that she actually displayed her ignorance and nonsense to the media, though we needed a name under which to file this disconcerting bullshittery.