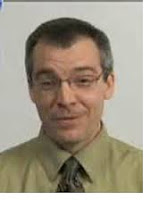 Described as David Barton’s sidekick, Rick Green is a former member of the Texas House of Representatives and an associate of Barton’s organization WallBuilders, a wingnut political organization that seeks to revise, censor and manufacture America’s “forgotten” history as a Christian nation. In 2010 Green also sought a position on the Texas Supreme Court; he lost that one, despite receiving the backing of luminaries such as Chuck Norris, Mat Staver of Liberty Counsel and Liberty University, Kelly Shackelford of the Liberty Legal Institute, and state legislators like Warren Chisum. To give you an idea of why he received these endorsements, let us point out Green’s claim that the separation of church and state is the “exact opposite” of what the Founders wanted and simply a tool to move the country “towards socialism and communism;” the separation is also, for good measure, responsible for increases in out-of-wedlock births and crime. Evidence? If you need to ask, you’re probably a commie. (Interestingly, Green nevertheless appeared to agree with Danny Holliday when Holliday visited the WallBuilders show to argue that gay marriage violates the separation of church and state; once again, you probably shouldn’t ask). He tried again for the Supreme Court in 2016 – this time also picking up the endorsement of Ray Comfort – but failed once more.

In addition to promoting Barton’s pseudohistory (and running the American Family Association’s Patriot Project), Green has tried his hand at revising history in the name of ideology himself. He has for instance promoted his own 15-week online course in American government based in part on his book Freedom’s Fame, which is to a large extent devoted to discussing the religious commitments of the Founding Fathers as Green, based on Barton’s fictional accounts, imagines them to be so they can serve his purpose (it also contains a chapter “What about Separation of Church and State?”). You don’t need more than a casual skim to realize that the book is not about facts or accuracy. Green also blames school shootings on the absence of forced religious education and of the Ten Commandments in classrooms (and thus on the courts) because he doesn’t actually bother to do any research or give the issue much thought; what matters is that the conclusion fits his agenda (it doesn’t even count as motivated reasoning since Green doesn’t even try). And like Barton, Green tries to show that just about every (positive) aspect of our government and culture is been explicitly anchored in Biblical principles – the connections are usually so tenacious (example) that they would have been laughable were the revisionist, fundamentalist zeal behind them not so scary. Of course, the problem is not only that the connection Green thinks he sees isn’t there, but that Jesus’s teachings, if interpreted as promoting anything to do with politics, don’t seem to have promoted the system Green wants him to have promoted.

Although Barton is a fraud, and not a historian, Green introduces him as “America’s premier historian” on their radio show, which would be a bit like introducing Ammon Bundy as America’s premier expert on Constitutional Law. And in response to criticisms of Barton’s pseudohistory and refutations of his lies, Green has complained that Barton’s critics are “elitist professors” and “leftwing bloggers” since a concern for accuracy and truth is not only elitist but a communist conspiracy engaged in an effort to “disenfranchise Christians” (despite the fact that some of Barton’s most vocal critics, such as Warren Throckmorton, are rather hardcore Christians) – i.e. pointing out that Green is (demonstrably) wrong is oppressing him. And just to make sure people see where he is coming from, Green has also likened Barton’s critics to Adolf Hitler, and compared reasoned criticism of Barton to the Holocaust (as well as quixotically denying that any of his claims have been “proven faulty”). He has even gone so far as to state, on his website, that “[i]f you can show me specifics that back up the image created by the critics [sic] innuendo, I’ll post it right here for the world to see.” Predictably, Green failed his own challenge: Chris Rodda provided precisely what he was asking for, but Green refused to post her criticism nonetheless, ostensibly because doing so would help promote her book (?), thereby demonstrating once more – as if further demonstration would be needed – that he is a fraud and dishonest to the core.

As already indicated, Green doesn’t fancy the gays, but seems not to understand what the fight for marriage equality is all about.

There is a good Rick Green resource here.

Diagnosis: The kind of guy for which the phrase “liar for Jesus” was invented. Spectacularly dishonest, and dangerous.
Posted by G.D. at 3:47 AM