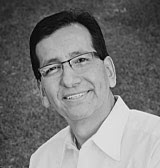 Jacob Aranza is the evangelical pastor who, in the early 80s, was perhaps most responsible for popularizing the concept of “backward masking”, the idea that many rock songs had messages that could be heard if the record was played backwards, and that glorified Satan, drug abuse, or the occult. The idea fit directly into the Satanic Panic of the time. Among the most famous contenders were “Stairway to Heaven” (praising Satan), “Another One Bites the Dust” (“start to smoke marijuana”), and, most legendarily, Judas Priest’s “Better By You, Better Than Me”, which allegedly led two Nevada teens into a suicide pact. The allegation was dismissed by the court.

Among the less celebrated and more curious items described by Aranza were songs by Patti Smith with concealed lesbian messages and the Captain and Tenille, which allegedly attempted to get kids hooked on ecology!

Aranza described the phenomenon first in his book “Backwards Masking Unmasked”, and – due to its popular success – followed it by “More Backwards Masking Unmasked”, in which he made such well-researched claims as “75% of the rock and roll today (top 10 stuff!) deals with sex, evil, drugs, and the occult.” The whole rock phenomenon is Satan’s Agenda, and the history of rock really the realization of his (Satan’s) musical 4-step plan for the complete and utter corruption of American youth. According to Aranza:

Aranza learned about the plan from an evangelical friend who had been sitting next to a bean-spilling record producer on a plane. That’s, interestingly, where Kent Hovind learned about most of the conspiracies permeating liberal academia as well.

Aranza does promote Christian Rock, for in his mind music must either promote Christianity or Satan, there is no third alternative: “If the music you're listening to doesn't come from the heart of a spiritual Christian artist, you are opening the door to carnality, humanism[!], and demonic forces.”

Currently he seems to be Senior Pastor of Our Savior’s Church in Lafayette, Louisiana, which appears to be part of the Master’s Commission Cult, where (young?) people are held as slaves, isolated from the world, and force to deal with the demons and Satan who possess them.

There is a list and discussion of Christian anti-rock books here, describing the pioneering work of Dan & Steve Peters, as well as the work of Jack Chick’s favorite writer on the subject, Jeff Godwin. The scholarly difference between Aranza and the Peters seems to amount to disagreement on whether rock musicians are Satanists who consciously put satanic messages into their music (Aranza) or whether Satan uses unaware rock musicians to get his message across (the Peters). What Godwin thinks about the matter is a little unclear since his rants seem to struggle to achieve grammatical coherence.

You can find a series of lectures by Marty Tinglehoff, a legend of the 80s, who claims (among other things) that Hotel California is all about Satanism here.

Diagnosis: At least Aranza helped make youth rebellion in the Eighties more exciting. Apart from that, he is a disastrously insane fundie, combining Taliban ideology with extreme paranoia and conspiracy theories, always a delightful combo.
Posted by G.D. at 12:54 PM