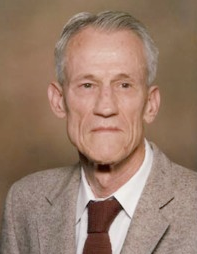 Advisor for the Medical Voices Vaccine Information Center, the kind of center you really should run away from as fast as you can if you have a medical condition (the center also promotes our previous loon, Rashid Buttar). Buttram is a notoriously vile anti-vaccine crank, conspiracy theorist and promoter of dubious practices and alternative medicine. A sympathetic presentation is here. He is also a member of the infamous Association of American Physicians and Scientists, which publishes Journal of American Physicians and Surgeons (discussed here)
and uses Andy Schlafly as legal representative.

Dr. Buttram is perhaps most infamous for claiming that the shaken baby syndrome is really due to vaccine injury rather than physical trauma and has published articles in his Association’s journal and elsewhere defending that claim. As a consequence he was personally responsible for almost getting baby murderer Alan Yurko off the hook (another witness for the defense was Mohammed Al-Bayati). As if the facts don’t prove his lunacy, Dr. Buttram also has his own page on Whale.to. That should settle it.

Diagnosis: Unintentionally evil loon of the kind that is all too common. Needs to be stopped, but even if he is there’s ten more to take his place.

(btw, a good post on denialism in general can be found here)
Posted by chaospet at 1:46 PM 9 comments: 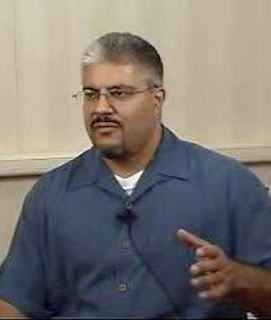 Among the most belligerent quacks in the States, Dr. Buttar is a medical doctor who, apart from his genuine qualifications, espouses a line of treatment for autism that is as bereft of scientific rigor as transcommunication (see previous post).

Buttar has been under investigation by the North Carolina State Medical Board for a decade and for a variety of misconducts involving "unconventional treatments" to which he subjects autistic children and cancer patients - all for lots of money to line his pockets. He views the medical board, in his own words, as a "rabid dog."

Ultimately, the medical board has recommended restricting Dr. Buttar's license to prohibit him from treating children or patients with cancer. That hasn’t stopped him (discussed here; for a more neutral assessment go here).

Among his more famous autism treatments is the transdermal chelation cream (a.k.a. “Buttar’s butter”). He has been known to come up with some truly bizarre protocols to treat autism, with rumors that Dr. Buttar's armamentarium of woo even included urine injections to "boost the immune system". Of course the fees are exorbitant.

His cancer quackery is even worse, and Buttar has apparently said that ”it didn't matter what kind of cancer anybody had, he could cure it."

And yes, it is there, all of it: Buttar believes most patients with cancer also have high levels of heavy metals, such as mercury, and other toxins, such as pesticides, because of environmental exposure”. His treatments include chelation, ozone therapy and hyperbaric oxygen chambers – dangerous, potentially lethal devices or regimes with not the slightest trace of evidential support for any claims to efficacy. He even has an AirEnergy Machine.

Buttar is most prominent, however, for being a rabid anti-vaccinationist, running all the usual canards. Remember Desiree Jennings? The gal who claimed to have her walking impaired by the H1N1 vaccine (but got magically cured right after the media forgot about her?) Guess who her accomplice was, the doctor who “diagnosed her and helped her”.

Diagnosis: Crackpot, and a severe case of confirmation bias coupled with belligerence. Very dangerous – many of his treatments are definitely harmful (and hardly beneficial), and they are being used. Should be stopped as quickly as possible.

Btw, his website prominently displays the following quote: "All truth passes through 3 phases: First, it is ridiculed. Second, it is violently opposed, and Third, it is accepted as self-evident." (Schopenhauer). Anyone who uses this quote as support for his or her ideas is a seriously delusional crackpot. That’s a law.

(Come to think of it, it’s a strikingly stupid and magnificently false claim Schopenhauer is making to begin with.)
Posted by chaospet at 12:15 PM 11 comments: 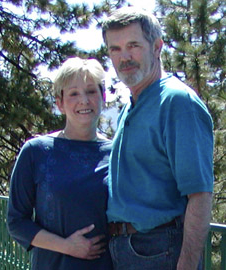 If there is a lesson to be learned from engaging with the looniverse, it must be that there exists nary a phenomenon that has not been the subject matter for a conspiracy theory (no wonder, really, given the human psychological proclivity towards confirmation bias, and the self-affirming nature of conspiracy theories). Among the more outré subject matters is death. Yes, that’s right. The claim that humans die is a conspiracy, or so say believers in transcommunication (they do claim, however, that “research suggests …”). They are here represented by the reliably delusional Tom & Lisa Butler who run the website “Association TransCommunication”.

The main phenomenon is EVP, or “electronic voice phenomenon”, the belief that spirits can communicate from "beyond" on electronic audio recording equipment. Practitioners often set up a recording device in a room where it is thought that ghosts reside. The practitioner then asks various questions while recording. Later the tape is analyzed both forward and backwards, searching the "white noise" for anything that might sound like a sentence or word.

So, electronic noise is really ghosts trying to communicate with the living. Sort of similar to seeing God when perceiving a face in the clouds – and this serves as “objective evidence” for survival after death. In fact, ATransc actually recommends mucking up sound systems to better hear the voices. A short intro to the phenomenon is here.

A (hilarious) instruction guide (this is serious) is here.

The Butlers have also written the book “There is No Death and there are No Dead”, which details the history of EVP, gives ample examples, explains how to experiment with both EVP and Video ITC, and explains the Death conspiracy (see also their attempt at defining “objective evidence”). The Butlers are apparently currently the leading experts on the phenomenon after the, uh, death of the founder, the clinically delusional Sarah Estep (the Butlers also set up the Sarah Estep Research Fund). ATransC Publishing has also published Martha Copeland's book, “I'm Still Here”, as an important illustration of how contact with a love done via transcommunication can help with grief [not recommended in general, I think]. This book represents the formation and purpose of The Big Circle, which began when members gathered around Martha and Karen Mossey to record for EVP on a regular basis so that they could use the group energy to continue their relationship with loved ones now on the other side.

They have also released the video “White Noise”.
Diagnosis: Pure, unmitigated crankery runs rampant with the delusional Butlers. They seem to have a solid fan-base, but are probably not very dangerous.

It also indicts Martha Copeland who got drawn into the mess after the tragic death of her daughter, who she still claims to have contact with (she needs psychiatric help, in other words).
Posted by chaospet at 11:50 AM 4 comments: 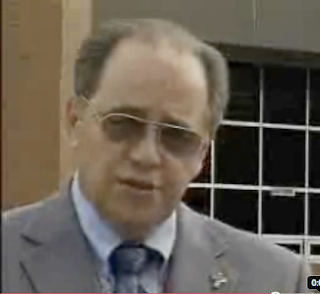 Buckingham is the creationist strategist behind the Dover Area School District Board of Education’s decision to “teach the controversy” (i.e. try to wedge in religion in schools), the process that lead to the famous Dover Trial. This bizarre series of events got rolling when the Board voted 6-3 to "challenge" evolution. Under the leadership of Buckingham they added a one paragraph disclaimer to the local high school biology curriculum, garbling the regular curriculum with "teach the controversy" and promoting the "scientific alternative" of intelligent design and using the "textbook" Of Pandas and People as a reference. Buckingham mentioned creationism and raised objections to proposed use of the textbook Biology written by Kenneth Miller and Joseph Levine, describing it as "laced with Darwinism" and saying it was "inexcusable to have a book that says man descended from apes with nothing to counterbalance it." The dissenting members of the school board resigned in protest and the measure carried. Buckingham had previously wanted to use Of Pandas and People in the classroom to teach both sides of the creation-evolution "debate”.

Buckingham’s testimony during the trials (proudly displaying his almost complete ignorance and lack of intelligence) is discussed here. Even the defense during the trial attempted to distance itself from Buckingham. The creationists attempted to claim that ID is science, not religion; Buckingham was less concerned about that distinction, trying instead to argue (unsuccessfully) that "nowhere in the Constitution does it call for a separation of church and state” (a claim the Discovery Institute has later defended). He summed up the trial, the main issue of which was whether ID is science or thinly disguised religion, by famously declaring "Two thousand years ago someone died on a cross. Can't someone take a stand for him?"

Diagnosis: Taliban fundamentalist, madman and crackpot; exasperatingly ignorant, blathering idiot. Fotunately he is stupid enough to harm the ID movement more than help it.
Posted by chaospet at 1:05 PM No comments: 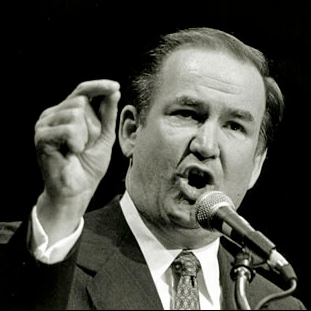 Diagnosis: Insane crackpot and zealot, evil. Relatively influential though his impact is probably smaller than his media exposure could be taken to indicate.
Posted by chaospet at 6:32 PM 8 comments: