Young-earth creationists struggle to understand the basics of the theory of evolution, and although we’ve had ample opportunity to deal with creationists, there are other groups that struggle with the fundamental ideas of evolution, too, as exemplified e.g. by the book The Guru’s Gift: A Kundalini Awakening. Presented in a press release as “Waking up to Our True Nature – Kundalini Awakening: The next phase of human evolution,” the book is published by Lotus-Blessings, which is not only a vanity press, but the website of its author, Ruth Angela. Now, even having seen some excerpts, it is hard to pin down Angela’s misunderstanding in detail – apparently, Kundalini is “the feminine aspect of God inside us comparable to active nuclear power,” whose awakening through meditation will “negate” our limitations and bring us to the “cusp of a new stage of human evolution” – given that the whole thing is a spectacular mess of incoherent New Age and self-help ramblings, but at least the book promises to take up “subjects such as: reincarnation, time and the human mind, flight in the body, visiting other planets, extrasensory perception, clairvoyance, out-of-body travel, healing by intention, healing modalities, entities, elementals, parallel universes, the third eye, the pineal gland, co-creation, time fluctuations, magic, Kumbhak breath, double vision, involution vs. evolution and so forth.” If you think this is what you need, it certainly is not what you need. Don’t listen to gurus.

Diagnosis: Ok, so given that her mind runs on nebulous associations of incoherent, sparkling idea fumes, it might be misleading to say that she misunderstands evolution. It’s more a matter of appropriation. Dingbat nonsense it is in any case.

#2473: Valdas Anelauskas and the Pacifica Forum 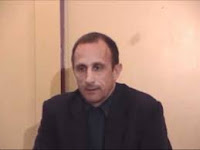 The Pacifica Forum was a discussion group in Eugene, Oregon, originally hosted by retired University of Oregon professor Orval Etter (since deceased). The purpose of the forum, which met at the university but was never affiliated with it, was originally to “provide information and points of view” on “war and peace, militarism and pacifism, violence and non-violence,” but it gradually moved toward promoting rightwing extremism and Holocaust revisionism in the early-to-mid 2000s – Etter himself expressed sympathy with David Irving, and stated that “I admit that there were some bad things done to Jews during World War II, but I don’t believe that everything they claim is truthful.” The forum was listed as a hate group by the SPLC in 2009.

Central in the process of turning the direction of the forum was Valdas Anelauskas, a Lithuanian immigrant who describes himself as a “white separatist”, and who hosted a series of Pacifica Forum talks in 2006, 2008 and 2009 – in particular a series of lectures on “Zionism and Russia”. According to Anelauskas, Jews perpetrated a greater genocide than the Holocaust during the first half century of Communist rule in the former Soviet Union; he also claimed that the Protocols of the Elders of Zion was not a forgery at all, contrary to all evidence, and dedicated one of his lectures to German Holocaust denier Germar Rudolf. As Anelauskas sees it, “there are many good people and also many bad people in every nation, but after many years of my experience and research, I came to the conclusion that among the Jews, for some reason, there is a much larger percentage of bad people than among others.”

And Anelauskas was not alone. Another regular Pacifica Forum attendee, hardcore Nazi Jimmy Marr, gave a presentation entitled “National Socialist Movement: An Insider’s View of America’s Radical Right” during which he invited those in attendance to join him in giving the Sieg Heil salute. Marr also delivered a presentation, prepared by Anelauskas from various white supremacist Internet sources, on Martin Luther King, which portrayed Kings as a “moral leper and communist dupe”. Marr also claimed that the American Civil Rights Movement was funded by Jewish communists and the USSR in an attempt to incite violence.

Then, of course, the heavyweights arrived. In 2008, the forum hosted rightwing extremist, white nationalist and former Croatian diplomat Tomislav Sunic, author of Homo Americanus: Child Of The Post-Modern Age, as well as David Irving himself and Mark Weber, leader of the Institute for Historical Review.

Diagnosis: Some magnificently unsavory fellows here, and though the forum seems to be defunct, holocaust denialism certainly hasn’t disappeared and is arguably more prominent than ever (lots of it on display on January 6, 2021, for instance). Dangerous.