There may be plenty of good things to say about Cindy Sheehan. As an antiwar activist (her son was killed by enemy action during the Iraq War) she has attracted national and international attention, especially for her 2005 extended antiwar protest at a makeshift camp outside Bush’s Texas ranch, and she has been a passionate critic of American foreign policy – actions and stances that have drawn the support of plenty of people we admire.

However, critical thinking is clearly not her strong suit. In 2007 Sheehan began expressing sympathy for the truther movement, and in 2010 she came out as a confirmed truther: “I think it [9-11] was an inside job, I just don’t know how far inside it went. […] Was it CIA? Was it whoever? Whoever, um, it had to be an inside job. There’s like no way they could have done that, just like the one on December 25th. There’s no way that guy could have done it without some kind of help, and we know he got help. Who was (crosstalk) that nice-dressed man that got him through that these people witnessed, got him through security?” Subsequently, she has appeared at several truther events with people like Dylan Avery, Jon Gold, Richard Gage and others, thereby amply undermining any efforts for good she may previously have been involved in – and indeed: The result of her rebranding has precisely been not to draw people to the truther cause, but instead to make people distance themselves from her previous causes.

And downwards it spirals. In the 2012 presidential election Sheehan ran as the vice-presidential candidate for Roseanne Barr’s Peace and Freedom Party. The same year she traveled to the Bohemian Grove to protest against their annual meeting together with Mark Dice and Alex Jones, who thinks the meetings are Satanic rituals. She has recently lent her voice to anti-GMO protests as well, but fortunately few seem to care anymore.

G. Thomas Sharp is a grand old man of creationism. That is, Sharp is hardly a central authority, but he has been in the game doing his small contributions to damage awfully long. Even back in the sixties Sharp, at that time already an experienced “science educator” and pastor in Alabama, started researching what he perceived as the roots of the staggering domestic problems in the lives of his church members and students, culminating – in 1985 – in his three-volume Science According to Moses. The books “revealed” that Darwinian evolutionism has lead to the downfall of the Bible (creation in particular) as the foundation of America’s worldview, thus giving apparent “scientific” sanction to the moral decline of society, and therefore promoting the need for “a return to our Biblical foundation (Genesis 1-11) in complete faith and practice”. Sharp formed the Creation Truth Foundation, Inc. in 1989 to do precisely that. As of 2009, at least, he was still touring with his sideshow through the Bible Belt, giving presentations such as “The Truth About Dinosaurs”, “A Thousand Years in a Day: The Mount St. Helens Catastrophe”, “Radiometric Dating” (actually, he seems to leave that to one Charles Jackson), and “Evolution: The Greatest Deception of All Time”. Here is a summary of his presentation on dinosaurs. The reviewer was not impressed.

Sharp’s main points seem to be that if death was in the world before humans (Adam) existed, then humans were not responsible for the Fall, and thus Christ’s sacrifice is meaningless. “Liberal social engineers” and “the uncircumcised philistines of Hollywood” (his words) deliberately use dinosaurs as candy to lead children away from Christ into the windowless van of secular humanism; and “never, ever take a scientist’s word, no matter how many degrees or studies he has, over the word of God.” Why, pray, don’t scientists pay proper attention to tour-de-force arguments like these?

Diagnosis: There is no point in bothering trying to refute delusional morons like Sharp, who won’t hesitate to argue in bad faith if it serves his overall point (Jesus). But at least I hope we can help civilization by exposing him, if only just a little.
Posted by G.D. at 5:17 AM 2 comments:

Sofia Shafquat is another ridiculous Internet cult-celebrity of the Nancy Lieder type. She made her name for her movie “9/11 Mysteries Part 1: Demolition”, a truther pseudo-documentary intended to be the first installment in a series of three. Though it apparently looked convincing to many of those already committed to trutherism and uninterested in applying any kind of critical approach to claims purportedly supporting claims they are already committed to, Shafquat’s flick received some criticism when it was discovered that she had a edited the footage, erasing sounds and adding her own background noises, in particular explosions before and after the towers fell. Apparently she also got sued for copyright infringement by the guy who had taken the footage used in the movie. Shafquat subsequently disappeared from the web for a while in 2009.

With regard to the quality of Shafquat’s investigations, it is perhaps worth quoting her: “Right, people want me to be absolutely precise. Umm, I say that the demolition wave is moving faster than gravity itself. It is making the path for the demolition, which is falling at free fall speed. Virtual free fall speed. Again it is hard to determine how long did it take for the towers to fall visually, and I know there is seismic data that pegs it, you know, a little more accurately. Regardless, I tell people, these buildings fell in 10 seconds, they’re 110 stories. Now let’s just use our mouth to demonstrate this. If a pancake collapse can be described as ‘clunkity clunk’. How many times can you say that in 10 seconds? And if one floor is ‘clunkity clunk clunkity clunk’ you cannot say that 110 times in 10 seconds. So let’s even give it the benefit of the doubt, let’s just take off the ‘clunk’. Let’s just say ‘clunkity’. You can’t say that in 10 seconds, 110 times.” No, it’s not a parody. There were idiots nodding sagely in agreement with this kind of reasoning.

Around 2013 Shafquat reappeared, however; this time as an “expert” on chemtrails, as well as engaging in Sandy Hook conspiracies – her powerpoint presentation “Unraveling Sandy Hook in 2, 3, 4 and 5 Dimensions” is apparently on youtube. Not particularly surprising, really – even back in her truther days, she would market Holocaust denial material on her website.

Diagnosis: Worthy of comparison with legendary Internet kooks such as Nancy Lieder, Nancy Luft and Gene Ray himself. No, really: This is kook gold.
Posted by G.D. at 7:03 AM 16 comments: 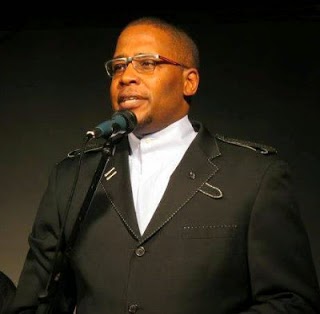 Barry Setterfield is a proponent of the idea of c-decay, an idea that, despite Setterfield’s best efforts to make it untestable, has been shown to be false – not that Setterfield is very likely to change his mind for that reason. But Setterfield is Australian, and must yield the entry to someone even crazier – the inimitable Malik Zulu Shabazz. Shabazz is the chairman of the New Black Panther Party (NBPP) and Black Lawyers for Justice, and a black supremacist and ardent anti-semite.

Indeed, Shabazz is on the record as one of the most vehemently anti-semitic bigots in the US today. And by combining anti-semitic bigotry with poor reasoning skills, he arrives – as so many others – at the idea of the International Jewish Conspiracy. The Jews are at least responsible for killing Nat Turner, controlling the Federal Reserve, controlling athletes and entertainers, executing 9/11 (that was actually the European Jews, who “have America under control, lock stock and barrel, the media, foreign policy”), being in charge of the Atlantic Slave Trade and being involved in a black Holocaust.

The solution? Well, Shabazz has called on people to murder Jews: “Kill every goddamn Zionist in Israel! Goddamn little babies, goddamn old ladies! Blow up Zionist supermarkets!” He also looks forward to the “white man’s demise”. There is a list of Shabazz’s claims in his own words here, and a report from a conference held by NBP and an organization called “Muslims for Truth and Justice” here; the crazy is rather … unbridled.

Shabazz has also palled around with the even somewhat obscure Imam Mohammad al-Asi, who seems to think that 9/11 was directly organized by Ariel Sharon – the claim is backed up by imagination (“[w]hy were people on Wall Street, why were those people frantically selling airline and insurance shares in the days before September 11?” is interesting as a reason for instance because it just assumes that Wall Street is controlled straight from Israel), including the idea that Sharon “was supposed to come to the U.S. on September 11, and he didn’t make his appearance here … . Did he know something the rest of us didn’t know?” Except, of course, that the idea that he was supposed to come is pure imagination and it is unclear why Sharon would even have planned to make that visit at that date if he also planned 9/11. But you know. Another lunatic Imam associated with the aforementioned conference was Abdul Alim Musa of the Masjid al Islam (and senior member of the Institute of Contemporary Islamic Thought), who joined Shabazz and Al-Asi in concluding that “Zionists in Hollywood, the Zionists in New York, and the Zionists in D.C. […] collaborate” to “oppress Blacks and Muslims.” Shabazz is also a fan of Ghaddafi, which takes a bit of a twisted personality or a helluva lot of conspiracy theory.

Shabazz’s organization is, contrary to their own claims, relatively small, and its influence is questionable (though they tend to make headlines and garner the occasional support from high-profile figures), but it is apparently beloved by Fox News, who has invited Shabazz a dozen times to make various hosts (especially Hannity) look brave and heroic and reasonable for standing up for Jewish and white people.

Several wingnuts have claimed that Shabazz has visited the White House and is a friend of Barack Obama (but of course), which is rather easily falsified; besides, Shabazz hates Obama since Obama represents the whites.

Diagnosis: Hateful bigot and absolutely abysmally insane. Watch out for this one.
Posted by G.D. at 6:34 AM 1 comment:

We refused to include Phil Robertson in this Encyclopedia, but we can’t overlook Chris Sevier. Sevier apparently claims to attend the same church as Robertson and filed a lawsuit against the A&E network, GLAAD and President Obama when Robertson was suspended for bigoted comments in December 2013. Sevier put together a 91-paged complaint quoting Scripture about the sins of homosexuality and emphasizing that “[w]e live in a Christian nation, ‘Jack.’” The complaint in particular claims that A&E’s suspension of Robertson is going to have a chilling effect on other churchgoers when it comes to preaching what he believes is the word of God – in fact, this is precisely why he claims to have standing in the case. Obama was named since he is in league with A&E to “further a pro-gay agenda” (which means that Obama is named simply for having his political views). The complaint also included a series of pictures, the legal purpose of which is nebulous.

Of course, Sevier did not have standing, nor did he state any cognizable legal claim. The complaint was certainly not helped by the fact that he quoted scripture rather than legal precedents either. But Sevier is not the kind of guy who would be deterred by the fact that he has no case – he has earlier sued an impressive number of people and organizations, including Bill O’Reilly, CBS, Facebook and, in particular, Apple because his Macbook allowed him to access porn on the Internet, turning him into an addict and ruining his marriage (a very interesting case; in fact, Sevier also sued for the right to marry said Macbook in an attempt to prove the absurdity of gay marriage, brilliantly failing to recognize the “consent” part of marriages). He has also been arrested for stalking a country singer.

Diagnosis: Total moron, though one suspects that his complaints may have won him some sympathy in certain quarters.
Posted by G.D. at 8:14 PM 1 comment: