The Richard Hoagland of medicine, Joseph Mercola is an osteopath and a frighteningly popular alternative medicine guru and (more or less) cult leader. He advocates and takes seriously more or less any idiotic crackpot or anti-science idea he comes across, including but not limited to flu-denialism and anti-vaxx – even going so far as to work with Barbara Loe Fischer. He has claimed that modern medicine kills more people than it helps, that (consequently) BigPharma is really involved in a conspiracy to kill you/prevent you from accessing the real remedies, that the Pill is dangerous, that “toxic metals in vaccines and dental fillings” is the cause for a wide variety of ailments, that your shampoo is really dangerous, and that statin drugs are dangerous. He promotes, however, Gary Craig’s Emotional Freedom Technique.
His website (no, you don’t get a link) contains most branches of pseudoscience, all major sorts of crankery, every logical fallacy ever committed by man (some good ones in this), dishonesties and smearing. He claims to be uninterested in profit, but makes a lot of it from selling all sorts of bullshit remedies at a steep price. His trust in the naturalistic fallacy suppresses any real science or scientific evidence he may come across. His dietary advice adds random assertions to the naturalistic fallacy, and is in conflict with any advice given by serious organizations (rather, he thinks, people should eat … the products he sells). He also – obviously – peddles homeopathy (the piece commented on in this link was written by Amy Lansky and endorsed by Mercola) and the thoroughly debunked raw-milk idiocy (the idiocy here is pasted on pretty thickly).
Despite his denialism and anti-science stance (or because of it) Mercola has many supporters, especially among the delusional, the paranoid (whose distrust of government is so entrenched that they trust the word of any non-government-affiliated crackpot), New Agers (who are generally both) and other critical-thinking-challenged groups. He has even attempted to pander to the religious through the ridiculously distortive screed discussed here. He is pretty good at following the fads and exploiting current trends and fears, and has been voted the no.10 “game changer” by readers of the Huffington Post, which tells you more about HuffPo’s health section than Mercola. More here.
His popularity stems from a combination of idiots, his authorship of two New York Times bestsellers (“The No-Grain Diet” (with Alison Rose Levy) and “The Great Bird Flu Hoax”), and a stinking pile of other books. He has also been featured on several of the more woo-friendly TV shows, including Mehmet Oz’s show.
Diagnosis: Looking more and more like a cultmaster, Mercola is an addle-brained and chronically misguided woo-meister. He is severely dangerous, however, insofar as he has managed to gather a frighteningly substantial herd of followers.
Posted by chaospet at 2:35 PM 22 comments:

Yes, we have been covering them again and again and again, but the Texas Board of Education cannot be exposed too many times, and Ken Mercer is really dumb (as Jon Stewart discovered). Mercer, who retained his seat on the Board in the 2010 election, calls himself a Libertarian, which means that he is a Taliban-style, conservative, religious fundamentalist wingnut (for whom words can apparently mean anything you want them to mean; see last post’s Ilana Mercer (no relation)).
Among his gambits are (you guessed it): “Some ultra-radical groups have not evolved to the point where they realize that the ‘theory of Evolution’ is just that – a theory”. Yes – Mercer just flaunted the most sure-fire indicator of scientific ignorance in the universe, the “just a theory”-complaint (see also here). A similar degree of scientific ignorance is displayed in his claim that that the fossil record shows “sudden appearance, stasis, and the sequential nature of groups”; Mercer seems blissfully unaware that in geological terms (and the “sudden appearance” is picked from geology) “sudden appearance” does not mean “popped into existence instantaneously” (a couple of million years is “sudden” in geological terms).
Given Mercer’s contributions to Texas’s education, this is pretty apt (after all, Mercer has argued that since scientists have made mistakes, they are untrustworthy).
Diagnosis: Close to the Platonic idea of a scientific ignoramus, Mercer is also blessed with an unhealthy dose of Dunning-Kruger, and blithely unaware of his own lack of understanding. He is definitely dangerous, however.
Posted by chaospet at 5:31 PM No comments:

Ilana Mercer is a Canadian citizen currently residing in the US, where she operates as a libertarian columnist for – you guessed it – WorldNetDaily. As opposed to most WorldNetDaily “libertarians”, Mercer has actually criticized paleoconservative viewpoints, but she has also often been a shill for the religious right. She is an ardent follower of Ayn Rand, especially where Rand’s not entirely coherent views coincide with those of the religious right. She doesn’t like homosexuality, and in a review of a book by Sciaberra on Rand and homosexuality, she said the following:
“I fear that what has emerged from Sciabarra's many fascinating personal accounts is a liberal and permissive narrative about sexuality that serves to denude sex of its Randian majesty and meaning.”
Read that again. Yes, she really said that. And with “the Randian majesty of sex”, Ilana Mercer has coined what is possibly the most bizarrely inane, absurdly lunatic neologism in the history of mankind. It qualifies her for inclusion in the Encyclopedia even if she had been the voice of reason in absolutely all other contexts. (A commentary concerning the incident is here). To top it, she has also talked about Glenn Beck’s “incalculable contribution to liberty”. She frequently fails at coherence, as seen here. In short, one kinda wonders whether she really knows what words mean; she actually seems to confirm that her grasp of the meanings of words is a little shaky herself.
Her view of American history is a font of the most ridiculous hagiography imaginable: “The idea that the founders were flawed, sinful men like you and me is current among a hefty majority of Americans, conservative too. It is wrong. Quite the reverse. The founders were nothing like us. Not even close. [… T]he American Founding Fathers were immeasurably better than just about anyone on earth today …”
And her personal brand of “libertarianism” is perhaps best characterized by the fact that she is a “Christian Nation” supporter. But then, we have already provided good evidence that Mercer doesn’t really grasp that “meaning”-thing, so who knows?
Diagnosis: Very deeply confused wingnut, although her tenuous command of concepts in general suggests that for all we know she might really be a hardcore communist who is severely word-processing-challenged.
Posted by chaospet at 5:27 PM 3 comments: 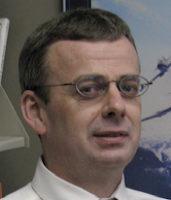 Diagnosis: A sad case. Menuge is another shill for fundamentalist religion who pulls the usual tricks in his anti-science crusade. His impact is probably limited, however.
Posted by chaospet at 10:09 AM 6 comments: 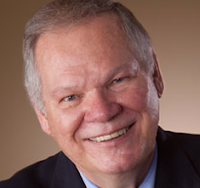 Yes, we’re dealing with another absurdly confused creationist. David Menton is an anatomist (with a PhD) and a regular contributor to Answers in Genesis (AiG). He has, among other things, contributed to the study of baraminology, a crackpot discipline bent on providing a creationist alternative to Linnaean taxonomy and cladistics based on a Biblically literal young Earth world view. He also works at the Creation Museum and is involved with AiG’s journal, the Answers Research Journal. For instance, he, Anne Habermehl and David A. DeWitt contributed letters to vol.3 under the common headline “Baraminological Analysis Places Homo habilis, Homo rudolfensis and Australopithecus sediba in the Human Holobaramin: Discussion”, which basically displays Menton’s (and the others’) shock that a creationist (Todd Wood) could consider other hominids human. As Menton says: “Most importantly, the Bible believing creationist will be careful to confine himself to speculations that are consistent with God’s Word.” That pretty much sums him up.
Maybe we misunderstand him. This ridiculous letter (from him, Georgia Purdom and Andrew Snelling) suggests as much. But no – and Menton sums up his position on science again here. While one may wonder why anyone would bother, it is at least nice to see a real scientist (Martin Brazeau) take down Menton’s delusional ramblings on Tiktaalik here. Menton has a PhD in anatomy, for crying out loud – one may wonder how he got that given the complete lack of knowledge of the issue displayed in his original piece. More here.
He has also been an accomplice in attempts to get creationism taught in public schools, and is a tireless opponent of what he calls “scientism”.
Diagnosis: The usual. While he’s not the biggest name in the movement, Menton is still a prominent champion of ignorance and delusion.
Posted by chaospet at 10:16 AM 19 comments:

Sean Meek’s application for an entry in our dictionary is pretty solid. Meek, who is Executive Director of Project CREATION, travels nationally speaking on such topics as: Creation is the Foundation, The Curse of Compromise, Including Creation in the Curriculum, and God's Revelation in Science and the Bible. He is zealously doing his small part in promoting ignorance and stupidity, and has to that effect created something called The Travelling Creation Museum, which sports “exhibits on the days of Creation, the Flood, the Ice Age, dinosaurs and much more. It also shows how the real scientific and historical information supports the Genesis account of Creation [… and] includes many authentic antiquities from the ancient world and reveals in a dramatic and visual manner the grandeur of God's creation.” He seems to be usually wearing a safari suit, and has a van. If you are interested in this sort of stuff, you can also check out Ian Juby’s Canadian version. More on Meek and Juby here.

Diagnosis: Meek seems to run his fight against reality with ardour and perseverance. To most (apart from the most delusional fanatics) his tenuous grasp on sanity will shine through rather clearly. He's probably rather harmless, in other words.
Posted by chaospet at 10:49 AM 1 comment: