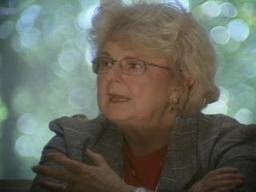 Diagnosis: Another masterly combination of paranoia and the Dunning-Kruger effect, and the results are precisely the same every time. There are surely those who listen to her, but her listeners are probably way beyond hope anyways.
Posted by G.D. at 12:03 PM No comments: 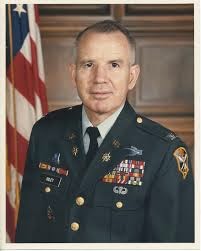 David Aaron Richey is a pastor of the Gulf Coast Christian Center and founder of Operation MOBILE International Churches Inc..who has made an effort to get his priorities right. That’s why Richey is “not afraid of the many disasters that are happening simultaneously in our world. I’m not afraid of all the wars that are currently raging on almost every continent on the globe. The potential for nuclear accidents globally doesn’t frighten me.” So what’s he afraid of? “What terrifies me are good men and women saying and doing nothing when politicians we voted into office are making moral laws that contradict everything a Holy God stands for.” And you know what he means, right? David Richey is afraid of zeh gays. “Civil liberties ought not to infringe on the civil liberties of other citizens. I have a right to live in a community that does not force me to agree with and defend perverted sexual acts between two people.” Of course, no one is forcing Richey to agree with or defend anything – he has even been allowed to write long rants condemning homosexuality. But hey, these people live an breathe their persecution complex.

Diagnosis: Doesn’t exactly spend his energy to make the world a better place. That’s what happens when paranoia and bigotry are the governing principles for all your intellectual efforts.
Posted by G.D. at 12:18 PM No comments:

Joel Richardson is an anti-abortion activist, decorative painter, armchair apocalyptist and author, who writes for his own blog Joel’s Trumpet, for the WND, as well as for Glenn Beck’s website. His specialty appears to be international politics, on which he takes a decidedly Biblical stance. He has for instance written about how the possible collapse of the European Union may pose a problem for many end-times theologians and their predictions of Biblical prophecy – not for Biblical prophecies per se, to be sure, but for one particular school of endtimes thought. Richardson is himself pretty adamant about the upcoming endtimes, and most of his writings seem to be concerned with how a Muslim Antichrist will lead an army to attack Israel, in fulfillment of the Biblical prophets and the Book of Revelation and usher in the Armageddon. And of course the Muslims are in a revolutionary alliance with the leftists, because they share all the relevant values (i.e. disagreeing with Richardson).

Of course, his columns for WND are primarily advertisements for his own books (e.g. Mideast Beast: The Scriptural Case For an Islamic Antichrist and Islamic Antichrist: The Shocking Truth About the Real Nature of the Beast, which asserts that “90 percent of the current world fighting involves Islamic terror movements,” though the number is made up) and DVDs about the endtimes, but the distinction between editorial content and advertising has never been taken particularly seriously by that particular website. According to WND Islamic Anti-Christ is also “almost certain to be greeted in the Muslim world with the same enthusiasm as Salman Rushdie’s ‘The Satanic Verses.’ And Richardson is prepared. He has written the book under a pseudonym to protect himself and his family.”

Richardson was at least able to see the positive side of an Obama (the “race-baiter”) reelection (which thrilled “millions of pot-heads, sodomites, pro-aborts and all common moochers”) despite his anti-Christian stance: it would help Christians know what it feels like to live in an oppressive state like Iran and take comfort in the fact that the Kingdom of God prophecied in the Bible lies ahead. Obama also foreshadows the Anti-Christ, according to Richardson, but that goes without saying. For an illustration of Richardson’s powers of thought, this one is pretty illuminating.

Diagnosis: Fundamentalist idiot, standard type.
Posted by G.D. at 11:21 AM No comments:

Frances Rice is the chairperson of the (rather obscure) National Black Republican Association, which seems to be, quite frankly, engaged in one of the most ridiculous efforts to promote historical revisionism in the US. Rice herself claims to be committed to rightwing policies because MLK was, in her view, committed to such. In 2008, for instance, the NBRA announced that it was going to place 50 billboards in Denver during the Democratic convention proclaiming that “Martin Luther King Was A Republican” (no one apparently saw them). Similar campaigns in Florida resulted in a bit of a backlash, but Rice, unfazed, rather doubled down, publishing a picture in the NBRA magazine of Ku Klux Klan members burning a cross with the caption “Every person in this photograph was a Democrat.” Other articles in the magazine carry such enticing titles as “Democrats embrace their child molesters,” and “Democrats wage war on God.” Indeed, the political strategy of the NBRA is primarily to portray the Democrats as the racist party.

And commenting on recent history, Rice said “The 30-year odyssey of the South switching to the Republican Party began in the 1970s with President Richard Nixon's ‘Southern Strategy,’ which was an effort on the part of Nixon to get Christians in the South to stop voting for Democrats who did not share their values and were still discriminating against their fellow Christians who happened to be black.” Yes. Rice said that. You don’t need to know much about American history to realize why her efforts have won little recognition thus far. And during the 2008 elections the NBRA tried to encourage voters to “learn the truth” – though what they presented as “the truth” … well, it is discussed here.

Diagnosis: Utterly and ridiculously delusional, and we doubt that her strategies can do anything but backfire – but who knows?
Posted by G.D. at 10:54 AM No comments: