Pleiadians are humanoid aliens that come from the stellar systems surrounding the Pleiades stars, and who are deeply concerned about Earth and its future. Because they are so concerned, they have contacted several New Agers to convey their message, the exact content of which varies between the contactees but generally contains a significant amount of incoherent babble and political opinions that align curiously well with those of the contactee. According to Barbara Marciniak, the message is “[i]f you can clear people of their personal information, they can go cosmic.” If you are an advanced alien species, able and willing to communicate across light years, and that is your message, you’ve failed rather epically.

According to Marcinak and her books – at least Bringers of the Dawn and Earth: Pleiadian Keys to the Living Library (with Karen Marciniak and Tera Thomas) – humans and Pleiadians share common ancestors who arrived from another universe and seeded various worlds in our universe with their DNA (the fact that the stars in the Pleiades are only tens of millions of years old is a thorn in the side of the hypothesis, and best left alone). Pleiadians appeared before we did, and have therefore had time to ascend to the next “evolutionary stage”, which has something to do with other dimension, and currently wants to help us. Pleiadians are apparently 9/11 truthers.

In fact, Pleiadians have related to Marciniak lots of information about various conspiracies surrounding:
The Media is of course hiding these things, just as they are trying to divert out attention from “magnetic pole shifts, huge changes in atmospheric pressures and temperatures, and unusual fluctuations in magnetic fields [that] are taking place throughout the solar system.” The pole shifts have apparently been noted by “many” conveniently unnamed astronomers. Also, although “[n]umerous ET races have been interacting with humanity and operating on Earth for more millennia than you can imagine […] the presentation of selected ET factions into the public domain will be filled with staged events designed to deceive people and distract them from noticing the more disturbing, secret hidden agendas being carried out with the very same ET races.”

Unfortunately, such conspiracies have been allowed to remain in place since people are only now “steadily emerg[ing] from various stages of deep denial due to the effects of the accelerated energy.” What kind of energy? “The ever-increasing influx of cosmic energy shakes everything up on a subatomic level.” Ah, that kind; the “powerful subtle energies”, which is a contradiction in terms. And apparently the “accelerated energy involve a huge transformation of consciousness that will collectively unlock specific perceptual limitations,” which suggests that the Pleiadians don’t really know what “unlock” means. In any case, “[a]s this all-powerful inner-knowledge genie emerges, newly realized psychic and intuitive abilities will help you to achieve levels of personal empowerment that will assist you in dealing with the spiritual dynamics of the transformation.” Yes, it’s all a massive and indigestible word salad. But you know when all of this is going to culminate (Marciniak wrote this in 2005)? It’s going to culminate in 2012. That’s when.

There is also plenty of numerology and astrology in her work.

Diagnosis: Some think that it is mean to mock vecordious ramblers like Barbara Marciniak, but she has sold thousands and thousands of books and generated quite a movement. And it is not to the betterment of humanity; that’s for sure. She deserves whatever mockery we can give.

Evan Mantel works for the wingnut Media Research Center, which is exactly what you think it is and has absolutely nothing to do with research (a corollary of Badger’s Law). Bigotry is a central part of their (religious fundamentalism-based) creed, of course, and they are notoriously occupied with and concerned about positive depictions in the media or on television of groups of people they don’t like, especially gay people.

The danger of such positive depictions led Mantel to write about the Modern Family episode where Cam and Mitch got engaged, to try (and miserably fail) to explain why this show is so dangerous: You see, Mantel admits that the episode “moved me like a good art is supposed to do. But that’s the problem. It moved me.” Indeed, and despite his affiliation, he admits that Modern Family “made me feel joy for Cam and Mitchell after the Supreme Court over-ruled California’s Prop 8,” and those feelings are “what makes this show great. And dangerous. It relies on feelings which mislead.” According to Mantel, “there is no logical argument in favor of gay marriage,” just the “sweetness” and “touching” feelings, which he wants viewers to remember is “not a realistic portrayal of reality.” No, Mantel didn’t think long and hard about this. Thinking is apparently not his strong suit. 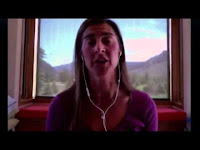 The Greater Good is an antivaccine documentary (and illustrative example of the pernicious genre medical propaganda film) that made its rounds in the expected circles, and were promoted by the usual group of conspiracy theorists and anti-science advocates (such as Joe Mercola and Barbara Loe Fisher). They even tried to push it on public schools. It is dealt with in some detail here.

The basic set-up is familiar, and the agenda clear:

The pseudoscientistst and conspiracy theorists presented as experts include:


There are also a couple of lawyers (such as Kevin Conway), bent on misrepresenting the role of the vaccine court. It is also worth noting, if anyone had any doubts about what kind of “documentary” this is, that the end credits state that “this film was vetted by Dr. Lawrence D. Rosen, MD, FAAP and Dr. Yehuda Shoenfeld, MD, FRCP for scientific and medical accuracy,” which is more or less like consulting whale.to. Dr. Rosen is an “integrative” pediatrician who is chair-elect of the American Academy of Pediatrics Section on Complementary and Integrative Medicine and staunchly anti-vaccine; indeed, he seems to still think that thimerosal causes autism (though he is notoriously vague), which is an idea approximately as well-refuted as flat earth). You can read more about Dr. Shoenfeld here.

The producer, Leslie Manookian (formerly Leslie Manookian Bradshaw), is – apparently – a homeopath, which means she is about as ridiculous as you can get in the realm of pseudoscience (though she had the whereabouts not to list those qualifications on the filmmaker bio page), and has previously been active in the comment sections of vaccine-related blog posts. (She also used to list mercola.com, Mothering Magazine and the anti-vaccine website NVIC at the top of her list of vaccine information sources). After the “documentary”, Manookian has apparently become something of a mainstay at pseudoscience and anti-vaccine conferences, such as Freedomfest, and has been associated with the Weston A. Price foundation, a quack organization if there ever was one. In 2015, Manookian and the foundation’s Kim Hartke managed to get a piece of anti-vaccine propaganda posted as press release on CNBC’s Globe Newswire, consisting primarily of the old antivaxx shedding myth disguised as “news”. (It is discussed here).

Diagnosis: Apparently an influential figure in the antivaccine movement, Manookian is a crank through and through. Dangerous.