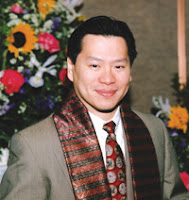 Stephen Co and Eric Robins are the authors of Your Hands Can Heal You: Pranic Healing Energy Remedies to Boost Vitality and Speed Recovery from Common Health Problems (with one John Merryman), and that tells you pretty much everything you need to know about them. Prana is the Indian version of chi or reiki, and just as solidly based on anything but reality. What Co and Robins propose is thus a form of energy healing based on the New Age understanding of energy as a form of fuzzy, buzzing cloud of metaphysical vapor, or, in other words, on a less than coherent version of medievalist vitalism, which medieval practitioners believed in because they were stupid, lacked any idea of scientific method, and were severely short on imagination (as Dennett puts it: “Vitalism – the insistence that there is some big, mysterious extra ingredient in all living things – turns out to have been not a deep insight but a failure of imagination”). I’ll leave it to readers to determine what that makes of Co and Robins, though it should be noted that their book has sold pretty well among the usual groups of more seriously critical thinking-challenged flapdoodlers. It can indeed be reasonably said that vitalism, in all its fluffy incoherence, is the root of all “complementary and alternative medicine” (for instance acupuncture).

Eric Robins (a board-certified urologist), at least, has produced some “amazing” anecdotes (though the link is not to his anecdotes) reflecting how his techniques will seem to work to those who don’t understand why anecdotal evidence is problematic, underpinned by how “following his beliefs” rather than science seems to have had beneficial effects – as does what he calls having an open mind, which is of course not having an open mind at all (this is what having an open mind amounts to) but being severely rooted in confirmation bias and similar psychological mechanisms bound to lead anyone who cares about truth seriously astray.

Stephen Co’s credentials are less deceptive. Apparently “Master Stephen Co is the senior disciple of Grand Master Choa Kok Sui and one of only two Master Pranic Healers in the world.” He and his wife Daphne started the first pranic healing in the US, and apparently he’s got plenty of students.

Their work has been praised by none other than C. Norman Shealy, Carolyn Myss, Iyanla Vanzant, Marianne Williamson, dr. Oz, Deepak Chopra, Mark Victor Hansen (author of Chicken Soup for the Soul), Gay Hendricks (author of Conscious Love and Achieving Vibrance) – just to situate their contribution.

Diagnosis: Idiots. And though I’m sure their intentions are the best, they are actually rather dangerous (and no, there are no “positive placebo effects” of such crackpottery and bullshit).
Posted by G.D. at 10:58 AM No comments: 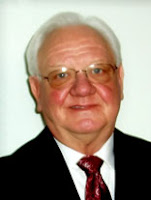 The Mutual UFO Network (MUFON) is one of the oldest and largest organizations devoted to investigating cases of reported UFO sightings, and it operates a worldwide network of regional directors for field investigation, holds an annual international symposium, and publishes the monthly MUFON UFO Journal. Its stated mission is “the scientific study of UFOs for the benefit of humanity through investigations, research and education,” but the “scientific” part of it is, shall we say, not unencumbered by confirmation bias and crackpottery (their website even provides its own Humpty-Dumpty definition of “scientific study”, just to make sure). The organization is currently based in Ohio, and directed by Clifford Clift (actually, as of present the presidency seems to have been yielded to one Dave McDonald, so I suppose Clift must count as ”former director”). They also have various state chapters and regional directors, and it is not unlikely that Barbara Delozier, listed as State Section Director Northwest, is the same as Barbara Delozier, Dolphyn Wisdom of the Ancient, Metaphysical Minister, who runs the My Psychic Friends network.

It is in fact rather charming how MUFON in their communications try to dress up their already given conclusion in a language that is notionally open to skepticism, without really allowing for the possibility that their conclusions are wrong (an example is here, and another one – presented by one James Carrion – is here, though Carrion has later left MUFON and denounced the project because of its badly conducted investigations, a total lack of evidence, and less than scientifically-minded approach to the questions). Now, MUFON does like to complain that they aren’t taken seriously by mainstream science, just like cryptozoologists, bigfooters, and the Intelligent Design crowd are not taken seriously by the scientific establishment and for equally obvious reason. The problem is of course that despite their official stance MUFON is in practice little more than an UFO cult for the crazy and the conspiracy theorists (i.e. the crazy). A report from one of their meetings is here, and illustrates that point rather splendidly. Another fasinating five-part expository of one of their meetings can be found here.

Diagnosis: Cultlike collection of crackpots who desperately try to pass as rational inquirers. Their failure is pretty complete.
Posted by G.D. at 1:11 PM 3 comments: 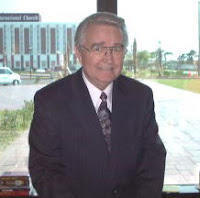 J.R. Church was a ravingly, frothingly mad fundie who “has a passion for discovering the deeper truths in the Word,” which means that Church peddled the delectable combination of hardcore Taliban fanaticism with hardcore conspiracy theories that might have made even Alex Jones pause (though his companion Gary Stearman has actually appeared on, you guessed it, the Alex Jones show). As a matter of fact, Church appears to have passed away relatively recently, though we decided to include the entry anyway given that his stalwart companion and faithful disciple Gary Stearman is still promoting the madness.

Among Church’s numerous books you’ll find such gems as Hidden Prophecies in the Psalms, Guardians of the Grail: And the Men Who Plan to Rule the World, Hidden Prophecies in the Song Of Moses, and Daniel Reveals the Bloodline of the Antichrist. Guardians of the Grail is his most famous one. In it Church explored the legend of the Holy Grail and deluded himself into imagining links between the Knights Templar, Priory of Sion, the Scottish Rite of Freemasonry, House of Theosophy, and modern Mormonism. The book also discusses the way mankind will be deceived into accepting worldwide enslavement under the guise of “peace and prosperity” by the Antichrist and his establishment. 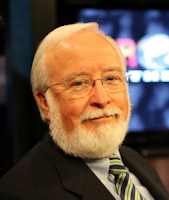 With Gary Stearman (author of the probably fascinating Time Travelers of the Bible: How Hebrew Prophets Shattered the Barriers of Time-Space) Church used to run the website Prophecy in the News (also a magazine), where you can read about the 200 fallen angels that according to the Book of Enoch descended to the top of Mt. Hermon before Noah’s flood – these corrupt angels entered Earth through a “space portal” and proceeded to pollute the human genome, and they are connected to the UFO crash in Roswell. The website also offers you some astrology under the title “the Gospel in the Stars”. Bob Ulrich’s book reviews are also interesting if you ever considered paying them a visit.

In the August 2011 issue, for instance, you can read about Stearman’s UFO experiences, followed by “What does the Bible say about UFOs”. I’m not sure any commentary is needed.

Here’s J.R. Church raving on the “Blood Moon Eclipse”, together with our old friend Mark Biltz,

Diagnosis: Ravingly insane, both of them. Probably relatively harmless when push comes to shove, however.
Posted by G.D. at 1:07 PM 7 comments:

Dawson Church is a “researcher” in the field of energy medicine (which is firmly based on the New Age understanding of "energy" as a tangible cloud of fluff) and author of Communing With the Spirit of Your Unborn Child, Facing Death, Finding Love, Soul Medicine and The Genie In Your Genes. In other words, if snowflakey energy woo is your thing, Dawson Church is your man. He earned his doctorate (non-accredited) in Integrative Healthcare at Holos University under the mentorship of none other than neurosurgeon C. Norman Shealy, and can also pride himself on a “postgraduate Ph.D.” in Natural Medicine, as well as a “clinical certification” in Energy Psychology. Impressive.

Church is the founder of Soul Medicine Institute, a nonprofit dedicated to “research, education and therapies that link consciousness with healing,” and which offers the Iraq Vets Stress Project for veterans seeking energy psychology treatments. They publish the journal Energy Psychology: Theory, Research, Practice, Training (which is not PubMed indexed). Church’s main schtick appears to be Gary Craig’s Emotional Freedom Technique, an especially silly brand of the completely unsupported idea of thought field therapy (there is a useful discussion here).

Diagnosis: As far into loonland as crackpots go. The stuff he pushes has nothing to do with reality, but he seems to try to make up for that by pushing it particularly ardently.
Posted by G.D. at 3:37 PM 2 comments:

Kiril Chukanov is a free energy proponent, and runs this website. Originally from Bulgaria, Chukanov seems to reside in the US (thus qualifying for inclusion), and claims to have worked on the “problem of cold fusion” at the University of Utah in the 90s. His status is admittedly a little unclear, but at least his website kindly informs us that “Dr Chukanov is not ’implemented’ in the USA and ’managed’ by some secret person (out of the USA) as some obviously mentally ill people are claiming. Dr Kiril Chukanov is not connected or supervised by any persons or organizations ’in’, and ’out’ of the USA,” which is good to know, I suppose. Apparently the Canadian government has launched an “official conspiracy” against him when they seem to have denied his company the right to become a Public Company, apparently because the bullshit he was meddling with (Chukanov’s systems seem to be based on ball lightning) had the potential of being rather dangerous.

He has written and published several volumes of “Quantum Mechanics”, including “Final Quantum Revelation”, though his work has unfortunately failed to make an impact on the scientific community. Sympathizers have compared Chukanov’s work to the work of Andrea Rossi, which is not quite the same thing. There is a link to an interview with Chukanov (on which the interviewer seems to be on his knees throughout to make Chukanov look more glorious in the manner of a Lenin statue) here. The guiding idea that Chukanov is pushing is that his systems create excess energy that appears from nowhere. Since the technologies produce more energy than they spend, they will be able to produce free energy (also here, and here).

At least Sterling D. Allan, the stalwart reporter at freeenergynews.com, could report that a “visual intuitive” in his extended family had seen the “skeletal structure” of Chukanov’s Ball lightning in a vision or dream. Credentials bestowed by peer reviewed publications pale in comparison with such intimate intuitions, I suppose.

Diagnosis: Hard to tell, but even remotely connected to anything resembling reality it certainly isn’t.
Posted by G.D. at 2:41 PM 3 comments: