We will, after some consideration, skip Danielle & Andy Mayoras. Yes, their take on the Sarah Hershberger case, discussed here is misinformed and stupid – and reflects a rather common mindset that makes people think they can legitimately have their opinions count in fields where they have no expertise and said opinions nevertheless conflict with those of experts. Yet, we are willing to overlook lone-standing lapses of judgment and haven’t really found any other example of the Mayorases weighing in on woo.

Jacquelyn McCandless’s forays into nonsense are more thorough. McCandless is an anti-vaxxer. In particular, McCandless believes that heavy metals and vaccines, especially the MMR, are the trigger(s) of autism. They demonstrably aren’t. McCandless, however, does not only believe that they are, but that oral chelation will reverse autism, which it won’t. McCandless has nothing remotely resembling evidence that it will, but she – surely coincidentally – is, in fact, a practitioner of chelation therapy. Her beliefs about these issues have been published on the quack website Medical Voices.

McCandless is, in fact, an MD, though being a medical practitioner and having a professional degree is of course no guarantee that you understand how science and evidence work. She has also written a book, Children with Starving Brains: A Medical Treatment Guide for Autism Spectrum Disorder (contributors: Jack Zimmermann and Teresa Binstock) that we strongly recommend you to avoid. Apparently the book offers “a message of hope in the midst of a worldwide epidemic of autism, ADD and ADHD,” which the author suggests is triggered by “pesticides and heavy metals in vaccines”. There is no such epidemic. The rest of the book is basically one big, baseless toxins gambit aimed at the chemically illiterate.

Diagnosis: Pseudoscientist and conspiracy theorist. Yes, she is an MD, but anyone with a real medical condition would apparently do well to keep their distance. Dangerous.
Posted by G.D. at 3:19 AM No comments:

Jordan Maxwell is a grand old man of American conspiracy theory, crackpottery and nonsense. His work is largely responsible for the nonsense peddled in the incoherent, made-for-the-Internet “documentary” Zeitgeist, and he has apparently been an important influence on David Icke: Maxwell has long claimed that the world is secretly run by lizards from another dimension. He was also, for a while, editor of the Truth Seeker Magazine, has produced “documentaries” for CBS, and – of course – hosted his own radio show. Maxwell considers himself the world’s leading expert in the occult, based on his powers of imagination and inability to comprehend the significance of aligning one’s belief with reality. He is accordingly notable for having pushed more or less any conspiracy theory or branch of pseudoscientific nonsense you could think of, from ancient aliens and the claim that there is a star-gate in Iraq that teleports people to a military base on Mars, to 9/11 conspiracies.

A main strain of Maxwell’s, uh, thought is astro-theology, an astrological reinterpretation of theology according to which religious doctrines are based on astronomical events. He is also notable for pushing the (rather popular) idea that Christianity is really a variant of the cult of Horus, a conclusion reached by focusing on some similarities and disregarding the vast number of dissimilarities. Maxwell is known to rant for hours about these issues, backed up with a couple of Bible quotes and perceived connections between various events and his presuppositions. Maxwell, however, has little actual knowledge of ancient cultures and belief systems, which is an advantage since it means that there will be fewer facts available to him that would constrain his interpretations.

Much of his work is (in the grand tradition of the insane rantings unfettered by reality or accountability starting with Isidore of Seville) based on drawing ridiculous conclusions about the world based on often imagined etymological connections and similarities in names and expressions. Of course, Maxwell arguably knows even less, if possible, about linguistics than about history, and the technique he applies is the one commonly known as paleo-babble. Some examples of Maxwell’s paleobabble are discussed here. One example: According to Maxwell, “[m]agic wands were always made out of the wood of a Holly tree. It’s made out of Holly wood. Hollywood is a Druidic establishment and the symbols, the words, the terms, the stories, are designed. Think about it. Think about how Hollywood does what they do. I’m not saying they’re evil, I’m just explaining how Hollywood works.” Calling for readers to think for themselves is an effective trick given the critical reasoning abilities required to listen to Maxwell in the first place. Of course, druidic cultures using magic sticks didn’t in fact make these sticks of holly. Bah. Details.

From his website you can currently purchase a set of 28 DVDs containing “the entire works of Jordan Maxwell” for the neat price of $ 570.

Of course, like so many conspiracy theorists of his ilk, Maxwell is himself the target of numerous deranged conspiracy theories (an example), and is often accused of being a tool for the New World Order.

Diagnosis: Utterly ridiculous, of course, yet Maxwell’s influence on contemporary conspiracy theories is significant – he’s been through them all, using techniques and assertions unconstrained by truth, evidence or rules for rational inference.
Posted by G.D. at 3:42 AM 4 comments: 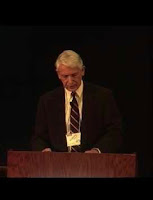 Some pseudoscientists have actual education and backgrounds in research, lending them a sheen of credibility in their pseudoscientific research endeavors. A striking thing about pseudoscientists’ attempts to do research, however, is how they systematically and deliberately avoid taking simple measures to validate their findings – they deliberately select biased samples, avoid blinding, neglect asking whether something works in favor of just looking at how it works (and consequently end up churning out garbage through strategies like p-hacking). It really is striking, insofar as it would often have been relatively easy to do it right – it’s almost as if they tacitly know that doing it right significantly lowers the chance of obtaining the results they want.

The research of Anthony R. Mawson is a striking example. Now, Mawson has a real education. He is also an anti-vaxxer and a fan of Andrew Wakefield who really, really want to deploy his skills in the service of anti-vaccine propaganda. Mawson is most famous for his “research” putatively showing differences in general health outcomes between vaccinated and unvaccinated kids, and that the unvaccinated ones are healthier (of course, even if it were true, which it isn’t, it would have been largely because those unvaccinated kids would not have died due to vaccine-preventable diseases because of herd immunity; Mawson’s fans are not able to comprehend this otherwise obvious point, however). To establish the results he wanted, Mawson conducted an internet survey among home-schooling parents, where the opportunity to participate was spread by word of mouth in anti-vaccine groups, and where the largely anti-vaccine parents would report their opinion and assessment of the general health of their children without consulting medical records. It doesn’t take much knowledge of scientific methodology to realize that such a survey is less than worthless (some further details here), and the really striking thing is: why would Mawson, for a study that apparently required substantial funding (seemingly from various anti-vaccine fundraising efforts) deliberately choose a sample like this, one that any elementary school kid would be able to tell you would make the results worthless, and – in addition – deliberately avoid taking into account measures (like medical records) that would provide any kind of control? How would you explain his choice of methodology if not by i) trying to make sure the data would end up “showing” what he wanted them to show and fearing that using a proper methodology apt to track reality would not yield the results he wanted; and/or ii) it matters less to pseudoscientists and denialists that the study is properly done and reflects reality, than that it exists and can be brought up in online debates and used to scare those who don’t know enough about the methodology (or don’t have time to look at it) to realize that it is complete shit? More details about why it is shit, in case you ever wondered, are here.

As an aside, one has to wonder about the competence of the people at the Institutional Review Board at Jackson State University who approved said study. And it’s not like the anti-vaccine crowd hasn’t tried to obtain the results they want by (deliberately) incompetently done phone surveys and Internet surveys before.

Well, the fruit of Mawson’s efforts, “Vaccination and Health Outcomes: A Survey of 6- to 12-year-old Vaccinated and Unvaccinated Children based on Mothers’ Reports,” was provisionally accepted by the bottom-feeding journal Frontiers in Public Health (which had previously published – before retracting – a study on chemtrails). Frontiers went on to pull it and eventually formally retract it, something that didn’t prevent antivaxxers from touting it. The peer-reviewers included Linda Mullin Elkins, a chiropractor at Life University – a “Holistic Health University” offering studies “within the fields of Chiropractic, Functional Kinesiology, Vitalistic Nutrition, Positive Psychology, Functional Neurology and Positive Business” – which suggests that Frontier uses a too-literal interpretation of “peer-review” for their reviews of garbage pseudoscience.

The study was then, without even attempting to correct for the glaring methodological shortcomings, published in Journal of Translational Science, a predatory pseudojournal published by Open Access Text, as “Pilot comparative study on the health of vaccinated and unvaccinated 6- to 12-year old U.S. children”. Details (including further details about the utter worthlessness and painfully obvious biases of the study) here. They even published a second study, as bankrupt as the first, using the same data set, in the same predatory journal; that one, too, was eaten up and promoted with gusto by antivaccine conspiracy groups and antivaccine advocates like Bob Sears – InfoWars was all over it, for instance, with delusional comments by one Celeste McGovern, described as  a “vaccine expert”, of Claire Dwoskin’s Children’s Medical Safety Research Institute, one of the antivaccine groups that funded Mawson’s “study”.

In 2011, Mawson filed a lawsuit against the Mississippi State Department of Health, alleging that the state health officer interfered with his position at the University of Mississippi Medical Center (his contract wsa not renewed) after promoting antivaccine talking points. The suit was dismissed in 2012.

Diagnosis: Pseudoscientist and conspiracy theorist. Yes, Mawson has a real education, but what he dabbles in is not science. Dangerous.
Posted by G.D. at 5:33 AM No comments: