William J. “Bill” Federer is the host of the program Faith in History on the TCT Network the radio show The American Minute, affiliated with the World Congress of Families, president of Amerisearch (“a publishing company dedicated to researching America’s noble heritage”), as well as an author of several books with titles like America’s God and Country Encyclopedia of Quotations, The Ten Commandments and Their Influence on American Law, Three Secular Reasons Why America Should Be Under God and What Every American Needs to Know About the Quran: A History of Islam and the United States. Federer is, in other words, one of the central promoters of the idea of The United States As a Christian Nation, and that Christians are currently being persecuted (tax exemption rules for churches are like Nazi Germany, for instance). Like David Barton, Federer is also a pseudo-historian (he has a degree in accounting), and though he hasn’t achieved quite the fame of Barton, he is known for sharing Barton’s aptitude for facts, accuracy, honesty, accountability and general reasoning skills. He is also a conspiracy theorist, signatory to the Manhattan Declaration and madman.

So, for instance, Federer thinks that the “atheist homosexual gay agenda movement” will move America “into an Islamic future” complete with mythical Sharia law “no-go zones”. And the conspiracy is governed from the very top. Federer thinks that the Arab Spring was designed by evil forces who wanted to create a surge in Muslim refugees who would then settle in the U.S. in order to establish Islamic “sleeper cells.” These cells will then soon “get a signal to have Ferguson riots in malls across America,” thereby giving Obama the justification to “restore order” by setting up a “militarized dictatorship.” And then, Federer warns, Obama could follow in the footsteps of Joseph Stalin, Mao Zedong and Pol Pot and kill millions of Christians. (As his source, Federer cited Avi Lipkin – we’ll cover him in due course – who heard from his wife, who heard from an unspecified Arabic-language broadcast). He has previously worried that atheists would kill millions of Christians if they could take over the military; in other words, people he disagree with on theological and/or political issues – libruls, atheists, Muslims, gays and the American government – are secretly working together, and their goal is to kill him, which tells you quite a bit about the mindset of people like Bill Federer. How is it supposed to work? Well, according to Federer, Europe “went from a Judeo-Christian past into a neutral-secular-gay-agenda present and now it’s going into an Islamic future;” hence, it is clear that “the sexual confusion agenda is simply a transition phase” that will soon “be taken over by Islam.” The process by which LGBT equality is leading to Islamic dominion is already in full effect in the military, where Christians have been forced into the closet by the fact that gays are allowed to serve, and proselytizing classes on Islam (he may be referring to classes on Islamic culture for soldiers who are going to be stationed in Muslim countries and who are expected to interact with the civilian population) are already winning numerous converts.

While evidence for such a conspiracy does not exist, Federer sees it everywhere. For instance, the 2006 scandal involving Ted Haggard was timed to help Democrats retake Congress, and the subprime mortgage crisis was orchestrated to stop the momentum the McCain campaign had gained by choosing Sarah Palin as its running mate. And predictably, Federer thinks that Benghazi was all part of a plan hatched by Obama and Hillary Clinton to spread Sharia law around the world. It is also all about Saul Alinsky, of course. In particular, Clinton was “using Alinsky tactics” in her response to the attack to engender a “hurried rush for Americans to give up their free speech rights” and to impose Sharia law: “So the question is was Benghazi just inept actions by our government, was it something to put down negative speech that could affect the President’s reelection campaign or was it an Alinsky tactic to push an agenda to forbid free speech insulting Islam,” asked Federer, but it wasn’t really a question: “We’re talking about a global goal of establishing Sharia law and we came very, very close to it happening right after the Benghazi attempt with this effort to forbid free speech insulting Islam.” He didn’t give any details on the latter claim. Before the 2012 election, Federer also speculated (and promptly took to be established) that the Obama administration would intentionally bring about war between Iran and Israel which Obama could use as a pretext to take control of the radio, TV and internet … or he might fake a plot on his life that can be blamed on the Tea Party in the manner of Stalin.

As is to be expected, Federer is a creationist, and has criticized the theory of evolution for Darwin’s alleged racist motivations, which would be irrelevant to the validity of the theory even if the speculations were true, which they aren’t. But according to Federer, “Darwin is best known for the theory of evolution, arguing that all men are not equal because some are more evolved,” an assertion that has nothing to do with anything remotely connected to evolution – though to Federer, the idea that some humans are more evolved than others “influenced the Dred Scott Case,” which took place three years before the publication of The Origin of Species and fifteen years before The Descent of Man. Here is Federer on the Scopes trial. It’s … a pretty feeble smearing attempt, even for a wingnut hack.

Federer has appeared in numerous conspiracy documentaries, like Truth that Transforms, which was released to coincide with the Titanic anniversary and set out to expose the “iceberg” or the “radical homosexual agenda”.

Diagnosis: A poor man’s David Barton; a hack with little or no aptitude for reason, honesty, accuracy or facts. Even so, he has managed to become an influential voice among certain rightwing groups, which tells you a bit about those groups. Dangerous.
Posted by G.D. at 3:58 AM 1 comment:

Randy Featherstone is the manager of KBJS-FM, an affiliate radio station of the Moody Network in East Texas – not a particularly major player, to be sure, but notable for the fact that they, in 2011, canceled David Barton’s Wallbuilders Live radio program. … as any sane manager of a radio station would do, of course. But Featherstone is not sane, and his problem with Barton was not Barton’s dishonesty, pseudo-history, delusional religious fundamentalism, fanatic denialism or bigotry. Rather, Featherstone had a problem with Barton’s sympathetic attitude toward Glenn Beck. “Hey, but that still sounds reasonable,” you might say. Well, yes, but Featherstone’s problem was not that Beck is an idiot, but that Beck is … a Mormon. And Barton, by exhibiting sympathy for Beck, also exhibited a “failure to distinguish between Mormon theology and Christianity.” That is, “when David Barton said it doesn’t matter whether you are a Mormon or a Baptist or a Methodist, we felt we had to do something,” said Featherstone.

Diagnosis: We admit that we don’t know much else about Featherstone and his view of the world. We probably don’t want to know either.
Posted by G.D. at 3:27 AM No comments:

Not much by way of notability, perhaps, but this one is both trite and disconcerting at the same time. Jeff Fears is apparently “head of the science department at Salisbury Christian School,” a hardcore creationist, uh, institution. Fears himself believes that “sound science requires no belief in evolution,” but has, it seems, not the faintest idea what either “sound science” or “evolution” actually means. Instead, he pushes a (familiar) bogus distinction between observational science (i.e. book keeping and logistics) and historical science, which requires interpretation in light of … well, faith. The point that all good scientific theories and hypotheses concern unobserved phenomena, but that you obtain evidence for or against them by deriving predictions about observable phenomena and testing the hypotheses about things that are observable now, is pretty far from Fears’s … “understanding” of science.

But he isn’t done. Fears also laments the perceived prevalence of methodoligcal naturalism – which creationists (and others) have deluded themselves into falsely thinking that modern science is committed to – and points out that, as opposed to modern evolutionists, the “founding fathers of modern science – giants like Copernicus, Galileo, Kepler and Newton – interpreted evidence from a decidedly Judeo-Christian worldview and made what are arguably the most significant scientific discoveries the world has ever known, precisely from that vantage point. They were demonstrably not naturalists.” Well, he isn’t even close to getting any of this, is he?

And the clincher? “[S]ince macroevolution (salmon becoming salamanders) has never been observed [yes, this is Ray Comfort-level idiocy], faith most definitely is required […] Faith is belief in the unobservable. Hence, by definition, acceptance of macroevolution requires an ocean of faith, especially since it is attributed, not to an intelligent deity tinkering with his creation, but rather to random acts of chance.” Whee.

Diagnosis: Moron, but he seems to fancy himself a science teacher of sorts. Sad and scary.
Posted by G.D. at 3:15 AM 1 comment: 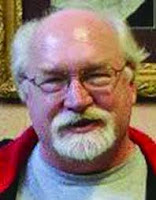 Diagnosis: Blathering lunatic.
Posted by G.D. at 3:26 AM 6 comments: 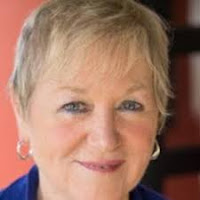 The art of psychic readings have entered the new millennium, as they say, and a quick iTunes search will give you hundreds of numerology apps and thousands of astrology apps. There’s no particular reason to single out the apps produced by Sally Faubion Concepts, but to cover this junk in our Encyclopedia we needed an example and coincidence gave Sally Faubion the honors. Bad karma, I suppose.

Faubion has already given us such marvels of innovation as:


Other than that, she has apparently written a book, Motivational Numerology and How Numbers Affect Your Life, which appears to contain a delightful combination of New Age religious fanaticism and corporate newspeak. At least she sums herself up pretty well: “I call myself the Dr. Phil of numerology because I’m so incredibly honest and forthright,” says Faubion.

Diagnosis: Ok, the Dr. Phil comparison might indicate a certain awareness of the level of bullshit she peddles, but we suspect that she is as hilariously and jaw-droppingly oblivious as it demonstrates if taken at face value.
Posted by G.D. at 3:10 AM No comments: