Note: We do not know exactly what the proper place for people like this is in the alphabet, but this seems as good a place as any; Lyle Hartford van Dyke himself has in any case no intentions of following any rules. Now, the name of Lyle Hartford van Dyke may be pretty obscure to most people, but in some circles he’s a legendary practitioner of pseudolaw (this kind). He has even published an instruction book on how to file nuisance liens against government employees and judges who don’t like you (him) and runs the National Association for Commercial Accountability, a one-man organization that mostly sells his leaflets and advice. He also claims to have invented the dialysis machine, sort of randomly by the way.

His liens, styled as “Common Law Lien on the Property and Hand Signature of the Following Persons” (and described by a judge as “meaningless” and “of no legal force or effect”), were nullified and permanently enjoined in US v. Van Dyke (D Ore 1983). Van Dyke also showed up and presented himself as “a self-described lawyer without a license” and an expert on nuisance liens in the Montana Freemen trial but was ordered out of the courthouse by the judge (against whom he had already filed a comprehensive lien). He also announced that he had issued more than $3 billion in his self-invented currency based on his liens (van Dyke is the proud author of How to Create Currencies for Local Communities).

These examples just scratch the surface of van Dyke’s history of weird antics, but his tale of problematic run-ins with the legal system has become rather dark, so we’ll leave it be.

Moreover, van Dyke has appeared on Jeff Rense’s show with his conspiracy theories about Pearl Harbor (original here); his primary source was his father, who apparently claimed to have personally known about the attack in advance. He has also written Silent Weapons for Quiet Wars (excerpt here), which – as always – exposes the deepest secrets of the governments and is van Dyke’s own explanation for why he spends a lot of time in jail. It is not the court’s explanation. (Here is apparently his defense; John Nolan was his accomplice.) The book seems to have achieved some popularity in certain corners of the Internet (don’t go there).

Diagnosis: Colorful village original, sure, but his nuisance liens are actually a real, well, nuisance, and there are apparently people willing to listen to his advice on legal matters, which is worrisome.
Posted by G.D. at 3:45 AM 7 comments: 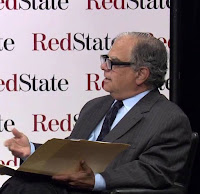 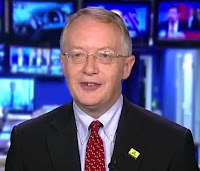 Diagnosis: In many ways, the example illustrates current political dynamics pretty well, where delusional extremists who – often without being entirely aware of it – specialize in misinformation manage to derail even the most obviously beneficial and innocuous (and even bipartisan – the bill in question was cosponsored by Lamar Smith, for crying out loud) political moves.
Posted by G.D. at 3:18 AM No comments:

Though he is probably not one of their most familiar characters, William Harris is one of the central strategists in the intelligent design creationist movement. Harris has a Ph.D in nutritional biochemistry from the University of Minnesota, and has apparently done some research on nutrition and heart disease. He nevertheless seems to have some struggle with quite getting into focus some of the more fundamental elements of science, such as the role of observations. More on that below.

Harris is managing director of the Intelligent Design network, which was really responsible for instigating the infamous Kansas Kangaroo Court a decade or so ago (they were behind the Minority Report submitted to the Kansas school board in defense of creationism). Harris himself – who seems to lean toward young earth creationism – testified, and you can read his testimony here (some notable concessions he made are discussed here). It’s interesting to see that one of his arguments against the “naturalistic philosophy” of Darwinism is that it is “a historical science. It doesn’t get much more historical than billions of years ago. Nobody was there to know what happened. Nobody watched it. We cannot say with any certainty how anything came to be.” That this guy fancies himself a scientist is actually rather shocking. Also, “you can’t test the evolutionary claim because there’s only one answer. In historical science you have to have at least two possible explanations for what you’re trying to explain.” Apparently he skipped the class where they went through how you test a hypothesis by deriving predictions from it and then testing them against the data.

The Intelligent Design Network is “a nonprofit organization that seeks institutional objectivity in origins science,” which is a nice way of saying that they want public schools to teach creationism and getting universities to pay attention by legislation; they are not interested in doing research or convincing fellow scientists by gathering, you know, evidence for their own hypotheses. Unsurprisingly, Harris is also a signatory to the Discovery Institute petition A Scientific Dissent from Darwinism.

Harris is possibly most famous, however, for publishing a study that purportedly showed that prayer could help people suffering from heart disease a few years back. It was rather easily shown to be bunk, if anyone wondered. In the study Harris and his team had people pray for the recovery of some 500 cardiac patients, with a control group of 500. Even Harris admitted that “the time spent in the cardiac unit were no different for the two groups,” but he didn’t gave up so easily and went through the data again and again until he could find factors that could make it look as if the group receiving prayer did statistically significantly (if only minimally) better – as you would expect to find by pure chance if you could search far and wide enough among enough parameter. Calling it “junk science” is really not sufficiently descriptive. The “study” is discussed here (together with some other, equally questionable articles suggesting similar results).

Diagnosis: It would really be wrong to call this guy a “scientist”. He may have done some science at some point, but really has no idea how science works outside of his narrow field of expertise. He does plenty of pseudoscience and denialism, though. We’ll give him that.
Posted by G.D. at 2:29 AM No comments:

Yes, yet another deranged anti-gay pastor from North Carolina, this time Fayetteville, where Sean Harris is stationed at Fort Bragg. Harris is most famous for his pro-child-abuse stance, and claims for instance that beating the gay out of one’s kids is not only acceptable, but mandated by the Bible. In particular, Harris tells his congregation that if their sons should start to act the least bit effeminate or daughters the least bit “butch,” they should punch them and beat them until they understand proper gender roles. Harris later tried to argue that his claims were taken out of context by critics, which they weren’t. In fairness, Harris has later changed his tune a bit and doesn’t advocate hitting children anymore; he still thinks that gay marriage can cause Muslims to take over the US, though, so he is still abundantly qualified for an entry in our Encyclopedia.

In a local article on Harris, plenty of commenters supported him (no, don't read the comment sections), including one pastor Mark Rowden, who said that Harris “should be praised for his bold stance in scripture. People get so bent out of shape over things. If America don’t stop allowing such ungodliness to go unchallenged, we’ll find our nation like Sodom. We forget the Bible says ‘spare the rod, spoil the child.’” (That’s not a quote from the Bible.)

We’re getting a bit tired by local, angry, delusional, petty and bigoted anti-gay loons, but yes: Here is another one. Rev. Mark Harris, of Charlotte’s First Baptist Church, helped organize (with Ron Baity) and finance the campaign to pass North Carolina’s constitutional amendment banning same-sex unions in 2012 (he was firmly opposed to the idea that gay people are “fine and dandy” or should be regarded as normal). Harris emphasized that the Amendment One campaign wasn’t just about marriage but about attacking the gay community, which he (his wife Beth, in fact) put in the same category as Nazis and eugenicists; people are moreover gay as a result of sexual abuse, and supporters of the “gay agenda” (like Oprah Winfrey and Katy Perry) are warping the minds of children. Harris is the kind of guy who laments the absence of true Christians (i.e. opponents of gay marriage) in the marriage equality debates, and complains that no one is speaking up, so he has called for his congregation to “come out of the closet” as Christians, even if they may face some persecution.

In 2013 he even made a US Senate run, because – but of course – Godhad told him to do it. Despite the support he claimed to have recruited he lost pretty badly.

Diagnosis: Delusional, deranged and bigoted; yeah, another one.
Posted by G.D. at 3:58 AM No comments: