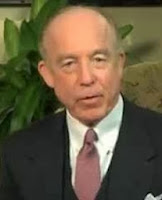 Diagnosis: An extremely dangerous, quite (perhaps unintentionally) evil person, whose efforts to undermine civilization, promote denialism, and fight reality are almost staggering. We’ll deem Hotze to be one of the most objectionable people in the US, and that’s quite an impressive feat.
Posted by G.D. at 12:40 PM 5 comments: 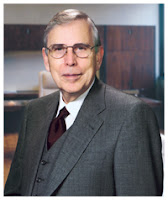 Diagnosis: Deranged madman who makes even the most rabid ayatollah seem liberal by comparison, and who appears to think that the Taliban didn’t go far enough. The PCC has quite a number of students, and it is rather sad to see the numbers of child abusing parents who even consider sending their children there.
Posted by G.D. at 10:48 AM 3 comments:

Budd Hopkins, that legend of alien abduction and UFO research, has unfortunately passed away. That leads us to Otis O’Neal Horsley, whose brand of crazy admittedly takes a somewhat different direction. Horsley is a militant anti-abortion activist and wingnut maniac, who used to run a website – The Nuremberg Files – where he provided home addresses of abortion providers in the United States. James Charles Kopp, who murdered the Buffalo doctor Barnett Slepian in 1998, was an associate of Horsley’s, and used information from his site for his actions. The site has later been deemed not constitutionally protected by the courts.

Horsley has also achieved some fame for being arrested on charges of terroristic threats against Elton John, saying that “[w]hat Elton John has done is desecrated the image of the Lord Jesus Christ, blasphemed the Lord Jesus Christ,” apparently as a response to John’s assertion that Jesus was a “compassionate, super-intelligent gay man who understood human problems.”

In 2010, Horsley ran unsuccessfully for governor under his Creator’s Rights Party on a nullification platform. In the process he said that he was willing to kill his own son, a Sergeant in the Army, if he were sent to Georgia to stop him from seceding (Horsley advocated Georgia’s secession primarily on the grounds of Roe v. Wade). Nor was his response to Obama’s support of marriage equality entirely devoid of crazy.

Diagnosis: Rabid maniac who would have been funny if it wasn’t for the fact that he may arguably be held partially responsible for the deaths of real people. As it is, Horsley is not funny at all.
Posted by G.D. at 11:37 AM 1 comment: 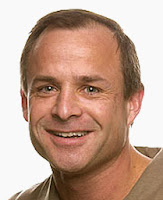 Diagnosis: A frighteningly influential figure, whose careless treatment of truth and evidence makes him a rather significant threat to civilization.
Posted by G.D. at 11:32 AM 2 comments: 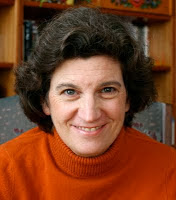 Mary Holland is a lawyer and antivaxx champion who attempts to use legal arguments to bolster the case for the thoroughly discredited idea that vaccines cause autism. She is on the board of editors of the antivaxx and crackpot woo magazine The Autism File and coauthor (with Louise Kuo Habakus) of the anti-vaccine propaganda piece Vaccine Epidemic: How Corporate Greed, Biased Science, and Coercive Government Threaten Our Human Rights, Our Health, and Our Children, an astonishing display of paranoid delusions and crackpottery gone off to conspiracy land. Holland also does “studies”. Not actual, scientific, controlled studies, mind, but badly mangled rants about the evils of vaccination using anecdotes, goalpost moving, JAQing off, and seemingly deliberate mischaracterizations, in particular “Unanswered Questions from the Vaccine Injury Compensation Program: A Review of Compensated Cases of Vaccine-Induced Brain” (with Louis Conte, Robert Krakow, and Lisa Colin). Tellingly, the article mentioned is disguised as a paper on law, in order to avoid accountability with regard to the authors’ mangling of science.

Holland (with Habakus) also runs the Autism Action Network, which were – for instance – responsible for a New York rally to protest Bill Gates’s financial support for vaccination campaigns, and included a rather shameful attempt to promote their book.

Diagnosis: A persistent and zealous enemy of evidence, reason, and reality, who has the influence to do real harm.
Posted by G.D. at 10:05 AM 1 comment: