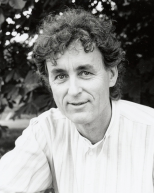 The king himself of touchy-feely new age bullshit, Capra is the author of ”The Tao of Physics”, which captured the imaginations of the Dunning-Kruger baseline some decades back by exploring the similarities between quantum theory and Eastern philosophies. Capra is a physicist, systems theorist, and has aslo written ”The Turning Point”, ”Uncommon Wisdom”, ”The Web of Life”, and ”The Hidden Connections”. Dr. Capra is also a founding director of the Center for Ecoliteracy in Berkeley, California, and the sort of guy that would be a demi-good of the clinically moronic David Brooks’s neural Buddhists. ”The Tao of Physics” claims that physics and metaphysics are both inexorably leading to the same knowledge, and proceeds by way of wishy-washy Zen Buddhism peppered with half-baked concepts from quantum theory in a thoroughly confused, pyramids and magnet stone kind of quasi-religious delusional gruel.

Using Thomas Kuhn's ”The Structure of Scientific Revolutions” as a stepping stone, he and the Benedictine monk Steindl-Rast also explored the parallels between new paradigm thinking in science and religion (yes, exactly – poor understanding of Thomas Kuhn is probably the greatest generator of fluffy woo in history) that together offer what the authors consider remarkably compatible view of the universe. Evidence is selectively used if anyone wondered.

His main fight is against reductionism (a concept he doesn’t understand, rest assured) and a mechanistic world-view, in favor of a holistic approach. The wikipedia article is informative, if sympathetic. The penchant such people have to rely on armchair confirmation bias rather than evidence is obvious from their bald assertions (probably they believe it themselves) that their direction is the one in which scientific consensus itself is moving. It isn’t. Capra and his ilk are loons and crackpots.

A soulmate of Deepak Chopra, some representative examples of his rosy-tinted woo is found here, here and here
(all sympathetic sources; he exaplains his disdain for Darwinism and Francis Bacon, among other things).

Diagnosis: Woo-meister and cranky dingbat. Enormously influential – if you’ve ever heard of ”the similarity between Zen Buddhism or [insert wooey Eastern ”philosophy”, preferably one you know little about, here], Capra is the instigator. One of the most important crackpots alive.
Posted by chaospet at 2:22 PM