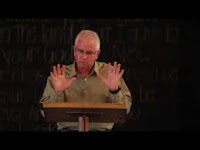 Wade Warren is a creationist and the C.J. Cavanaugh Chair in Biology at Louisiana College, an alleged educational institution whose mission includes a commitment to the inerrancy of the Bible. Warren does not appear to be an active scientist. He is, however, very active in promoting creationism and in trying to undermine public education in Louisiana (and nationally) by weakening educational standards to allow teachers to teach science denialism as science when Warren doesn’t like the science. He is also affiliated with the Louisiana Family Forum, which works closely with groups like Focus on the Family and the Family Research Council.

Warren is for instance notable for his role in promoting the creationist-friendly Louisiana Science Education Act of 2008, and was one of three professors from his fundie college to testify on the bill. Creation-friendly senators then went on to use Warren’s testimony to claim that the theory of evolution is, despite statements from the scientists, controversial, because wild-eyed non-scientists teaching biology at fundamentalist institution are as much of an authority as actual scientists – which was, of course, the whole intention behind inviting Warren and his colleagues to testify in the first place. In 2016, Warren was appointed to the Louisiana’s Science Standards Review Panel, together for instance with John Oller. Fortunately, the panel doesn't ultimately seem to have listened to him, even if they offered him a token consolation prize.

Warren also testified before the Texas Board of Education during their 2009 evolution hearings where he claimed not to understand why anyone would get upset about the “strengths and weaknesses” language, a claim one suspects reflects the same level of dishonesty as that language itself does. Moreover, Warren is, unsurprisingly, a signatory to the Discovery Institute’s hilariously intellectually bankrupt petition A Scientific Dissent from Darwinism.

Diagnosis: Fundie denialist, and that someone like Warren is, at least nominally, tasked with teaching science, including biology, at something pretending to be a real educational institution is a travesty – as is, of course, the fact that being a denialist is a means to political influence in the US, however much we might be used to those dynamics by now.