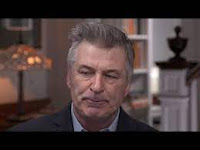 We went a bit back on forth on whether conspiracy theorist and possible antivaccine sympathizer Adam Baldwin deserved his own entry, but found that we couldn’t bother. For similar reasons, we were unsure about Alec Baldwin – a distant relative (and brother of certified dingbat Stephen Baldwin, whom we have already covered). But Alec Baldwin is less widely recognized as a loon, and his anti-vaccine sympathies are more unequivocally documented than Adam’s, so we decided to write up a brief entry.

Yes, Alec Baldwin is, if not straight out anti-vaccine himself, at least an anti-vaccine movement sympathizer, as evidenced for instance by his Instagram Live interview with leading antivaccine activist Robert F. Kennedy, Jr., in which disinformation about vaccines and COVID-19 ran rampant – mostly from Kennedy, of course, but Baldwin listened attentively, nodded in agreement when Kennedy ran through all his favorite anti-vaccine talking points, and did say that he’d been watching Kennedy’s pseudoscience and conspiracy [not Baldwin’s words] videos about vaccines for “years,” which is … disconcerting. In fact, it doesn’t ultimately matter much what Baldwin believes in his heart of hearts: He gave Kennedy an opportunity to spread his misinformation unchallenged, and that itself makes Baldwin a loon.

But Baldwin is also a vocal supporter of The Tooth Fairy Project, a pseudoscientific “research” project undertaken by an anti-nuclear conspiracy organization called the Radiation and Public Health Project, which intends to demonstrate that routine emissions of very small amounts of radioactivity from nuclear power plants have a measurable impact on the health of people living near those facilities. Yes, they have already decided what their study is going to show, and yes: the study is bogus, and includes intentional methodological flaws to ensure that it reaches the predetermined conclusion. (It is, in short, a good example of tooth fairy science.)

Diagnosis: Yes, another one who uses his celebrity status to make the world a worse place through endorsing pseudoscience, conspiracy theories and denialism. His status seems to have taken a hit recently, for different reasons, and he should, indeed, be shunned.