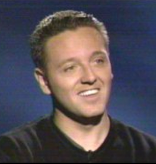 John Edward is an alleged mentalist who tricks, consciously or not, people into thinking he is talking to the dead, and is most famous for tricking money out of desperate people by offering them to communicate with the spirits of his audience members' deceased relatives.

To appear convincing, the John Edward shows are heavily edited and uses plants (people in on the deal placed at random in the audience; their job is to speak to the audience members whose relatives Edward is supposed to communicate with then relay that information to Edward - see here, and here). Chances are, in other words, that he's a fraud, but since he might still believe that he has some sort of supernatural powers, and I think his inclusion in our encyclopedia is justifiable.

His technique (apart from the obvious cheats) is mostly cold reading.

It seems that he is able to fool Sean Hannity, but I don’t think convincing Hannity is evidence that there is something worth considering in your claims. He has actually been considered one of the five greatest psychic frauds of all time (entering right after Sylvia Browne). Apparently Oprah likes him as well (which does to your credibility approximately what “endorsed by the Discovery Institute” would do).

Diagnosis: Might be a fraud, but likely believes in the stuff he is doing. In that case he would have to have utterly succumbed to confirmation bias – but he has displayed no affinity for critical thinking anyway. Must be considered vile for his ability to pressure money out of people in difficult situations. Seems to be relatively popular, although the efforts of people like James Randi and Derren Brown have helped make people like Edward seem like the fringe loons they are.
Posted by chaospet at 1:41 PM