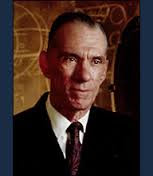 Robert Jahn is a retired American plasma physicist, Professor of Aerospace Science, and Dean of Engineering at Princeton University. Those are some pretty impressive credentials. But Jahn was also a founder of the Princeton Engineering Anomalies Research Lab (PEAR), a parapsychology research program that was up and running from 1979 to 2007.

At the PEAR lab, which he co-founded with Brenda Dunne following an undergraduate project to study purported low-level psychokinetic (PK) effects on electronic random event generators, Jahn studied psychokinesis for many years. Over the years, he and Dunne claimed to have created a number of small-physical-scale, statistically significant results that they think suggested direct causal interaction between subjects’ intentions and otherwise physical events. As such – we conjecture – they are responsible for an impressive number of contemporary New Age-based misunderstandings of quantum physics. (Roger Nelson, a colleague of his in the experiments, later introduced the notion of “field consciousness” and currently heads the Global Consciousness Project, for instance.) It culminated in their book Margins of Reality: The Role of Consciousness in the Physical World. Jahn also experimented with remote viewing and other topics in parapsychology.

His results don’t appear to have impressed many outside of pseudoscience and New Age communities. When the US Army Research Institute formed a scientific panel to assess parapsychological evidence they visited the PEAR laboratory, but concluded that results from macro-PK experiments were unimpressive and that virtually all micro-PK experiments “depart from good scientific practice in a variety of ways,” concluding that there was no scientific evidence for the existence of psychokinesis. Other critics have faulted Jahn’s experiments for failing to randomize the sequence of group trials at each session, inadequate documentation on precautions against data tampering and possibilities of data selection, and pointing out the absence of independent replications and detail in the reports: “very little information is provided about the design of the experiment, the subjects, or the procedure adopted. Details are not given about the subjects, the times they were tested, or the precise conditions under which they were tested.” Moreover, the effect was minuscule (50.02 – barely above random), and significance reached only over large numbers of trials (millions of trials with 33 subjects over seven years; most of the “excess” results seem to have been obtained by one of the subjects, who seems to have been a PEAR staff member) – since the apparently “random” results were generated by machines (random number generators), any deviations from randomness over such a large number of trials may simply be the result of the results not being entirely random in the first place. Perhaps most significantly, even though critics pointed out these shortcomings with the experiments over a long time, and the shortcomings would have been easy to fix (double-blinding, for instance), the PEAR lab didn’t. Other researchers have later tried and failed to replicate the experiments, and physicist Milton Rothman at least claimed that most of the faculty at Princeton considered the work of PEAR an embarrassment.

Although PEAR shut down in 2007, Jahn and Dunne have apparently set up a new International Consciousness Research Laboratories, and are currengly selling “a multi-DVD/CD set entitled The PEAR Proposition” for a modest $62. Jahn is also the vice President of the fringe-science group Society for Scientific Exploration (many of his parapsychology papers appear in the Journal of Scientific Exploration, but also in similar pseudoscience publications – none made it to prominent science journals), and has apparently received an Honorary Doctor of Science degree from Andhra University (which we don’t think is anything to be proud of). His latest book seems to be the 2012 book Quirks of the Quantum Mind. Yes. No.

Diagnosis: A rather embarrassing waste of a career, really. On the other hand, Jahn has had quite some unfortunate influence over particular groups of people (who seem to have wished for rather more spectacular results than the ones Jahn achieved through what are probably confirmation bias and technical shortcomings).
Posted by G.D. at 5:01 AM