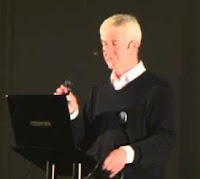 Homeovitality is a branch of homeopathy targeting genetic causes of disease. Oh, yes. Apparently “[i]n 1997, Prof. Khuda-Bukhsh [affiliation not disclosed] proposed that homeopathic substances have the capacity to interact with the genetic blueprint and deliver their benefits by increasing the expression of genes that synthesise health promoting proteins.” Of course, homeopathic substances are just substances and the homeopathic properties of those substances don’t exist and accordingly have no effect on anything whatsoever. But, yes: the idea is “gene targeting by homeopathic DNA,” no less. “The Homeovitality system uses highly diluted DNA molecules [sic] with precise sequences to target genes that produce the body’s natural proteins that have been proven to promote health as well as protect against and resolve many diseases.” In other words, the practicioners create remedies, expose them to DNA molecules (ones similar to the DNA that are responsible for the symptoms of the disease in question – just think about it), but dilute the remedies (while carefully observing the steps of the magic ritual) so much that they don’t actually contain any DNA molecules, and voila: Homeopathic gene therapy. It sounds like a parody of a kindergarten game of pretense wizardry, but there are actually grown-ups being engaged in this stuff full time and in all seriousness.

Several people promote homeovitality, but it seems to be particularly associated with one Peter H. Kay, who, according to a homeopathy websites, is a “world renowned scientist, molecular pathologist, immunologist and geneticist,” who was apparently responsible for the Homeovitality micro-DNA therapy system, which he developed to allow everyone to enjoy “super health.” Apparently Kay is a pioneer in “homeogenetics” (no, seriously), “the future field of study investigating the interactive processes between the genetic blueprint and homeopathy.” And apparently his ideas are supported by homeopathic provings. (For those not in the know; conventional testing demonstrate that homeopathic remedies don’t work, so of course homeopaths have developed their own system of testing: “provings” are what homeopaths use to “prove” what therapies to use (not whether they work – this is the essence of tooth-fairy science) by giving the undiluted substance to healthy people and get them to write down their experiences. Of course, since the homeopathic remedies are diluted versions of the substance, such provings would be utterly irrelevant to the final remedy even if they ended up showing anything interesting, which they don’t.) In any case, homeovitality researchers have “demonstrated”, through provings, that whole genomic DNA from other species can change gene expression. Therefore, their magic potions let you target specific genetic diseases “safely and effectively”. It’s medieval magic and religious fundamentalism gone utterly unhinged. These people are deranged.

But yes, you can purchase an array of Kay’s homeovitality remedies online, including e.g.:

- Age Well, an antiaging treatment (oh yes, nothing shouts “serious science” louder than pushing anti-aging potions.) The potion is created with IL-7, a “natural cytokine that has the ability to stimulate the production of new immuno-competent cells in the bone marrow.” It can also neutralize toxins, kill viruses and help boost the immune system. Of course, in reality drinking solutions containing IL-7 will do exactly nothing except providing the body with a tiny quantity of nucleic acids. And Age Well doesn’t even contain IL-7, but the magic memory of having been in contact with IL-7.
- Cancer Care, which apparently includes (magic memories of) the cDNA for two tumor suppressor genes, which makes no sense even by homeopath’s own lights: a cancer remedy should use a homeopathic dilution of something that causes cancer, shouldn’t it? Not that Kay seems anything but confused by how his remedies are supposed to work, which I suppose is alright since they certainly don’t.

Here is their homeovitality FAQ. [Update: It seems to have gone missing. Which I guess is OK. If you have questions then these products are probably not for you.]

Diagnosis: Utter nonsense, fuelled by the feverish, deluded dreams and religious revelations of a deranged madman and realized with the sophistication of the kids-cartoonversions of witches’ brews. Kay does have a real degree, though, which makes one wonder whether he actually believes what he is peddling.

Hat-tip for this entry: Respectful Insolence.
Posted by G.D. at 4:41 AM