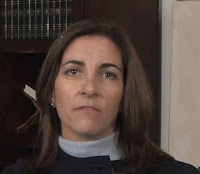 Real Science-4-Kids imprint publishes student texts, teacher manuals, and student laboratory workbooks –ostensibly covering chemistry, biology and physics to serve kindergarten through ninth grade – specifically targeted at homeschoolers. The material does, of course, not primarily seek to introduce kids to science, but to religiously motivated science-denialism, including creationism, and Rebecca Keller, who runs the outfit, has realized that since creationists can’t challenge scientists on evidence, truth, accountability and research, they should focus on “educational” materials aimed at kids instead. This is of course the usualy ploy among denialists: there’s a reason the Intelligent Design movement has focused on getting Intelligent Design taught in public schools and not on doing research to establish Intelligent Design as a viable scientific alternative. Keller has frequently spoken at intelligent design conferences about and provided testimony for teaching the controversy and allowing students to “critically evaluate” all scientific data that support and/or oppose scientific conclusions, once again because the focus of Intelligent Design conferences tend to be outreach, not science.

She has also been directly involved in various attempts to get Intelligent Design creationism taught in public schools. For instance, in 2006 she was invited by Mike Fair to testify before the South Carolina Education Oversight Committee in favor of language to allow students to “critically evaluate” all scientific data. Like all such attempts, this one didn’t include any discussion of how students, with little or no prior knowledge or understanding of the field, its questions, or research, would be in a position to “critically evaluate” any of it.

Now, Keller herself is a former assistant professor at the University of New Mexico, where she did indeed work in molecular biology. Her rejection of evolution was not grounded in science, however, but in religious fundamentalism, though it provided her with the credentials needed to be a signatory to the Discovery Institute’s petition A Scientific Dissent From Darwinism. Keller herself is currently a home-schooling mom with no academic or research affiliation.

Her educational material is apparently extensively used, however, since many homeschoolers are religious fundamentalist science denialists.

Diagnosis: Anti-scientists. And that is of course precisely what makes her and her writings rather popular in certain quarters. Influential and dangerous.
Posted by G.D. at 4:10 AM