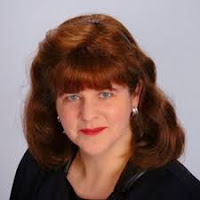 Janet Mefferd is the host of two delusionally deranged fundie extremist radio talk shows, Janet Mefferd Today – A Christ-Centered Look at Life, and Janet Mefferd Live, which seems for all purposes rather similar. The latter is on American Family Radio, an outlet for the hate group The American Family Association. As you’d expect, Mefferd herself runs mostly on hate and fuming bigotry, and is currently the go-to radio host for other insane anti-gay bigots and conspiracy theorists, such as Scott Lively and Peter LaBarbera (a regular), Brian Camenker, Randy Thomasson, and representatives from hate groups like the Pacific Justice Institute, The Family Research Council and Liberty Counsel.

Zeh Gays
“I think the homosexuality issue is … an excuse of the pagan mind to begin what they have wanted to do for a very long time and that is to wipe out Christianity. Maybe that’s overstated, maybe I’m being a little bit over the top, but I really don’t think so. I think it’s an excuse. I think it’s the pagan who doesn’t want to hear about sin. I think it’s the pagan who doesn’t want the word of God to be believed by anybody because it’s an offense. And I think homosexuality is the perfect issue for them to use to shut Christians up.”
-      Janet Mefferd (“think” is not the right word here)

The LGBT movement is, according to Mefferd, part of a pagan effort to “wipe out Christianity” (gay Christianity, then, is a “Trojan horse”), and anti-discrimination policies have lately moved us closer to becoming a “tyrannical culture.” An important player in this process has of course been Obama, who Mefferd views as “more like Stalin”, partially also because of Obamacare, which is apparently “cultural Marxism”; one is excused for suspecting that Mefferd neither understands what that expression means, nor what she herself is trying to mean by it.

In 2012 she had to warn her listeners that they might vomit like a sick child with a stomach ache to read her report of Anderson Cooper coming out of the closet. She emphasized that his relation to other men could not be love, but “a lie from the pit”. Then she argued that legalizing pedophilia is the next step, mostly because she would be unable to draw a relevant distinction if her life depended on it, and asserted that the American Psychological Assoction is (conspiratorially) already working on that.

Mefferd has defended Nigeria’s right to have a law criminalizing homosexuality and punish gay couples, and dismissesconcerns about persistent violence against gay people in Africa: “Let’s get our priorities straight here, in other words, why are we even focusing on this?” asked Mefferd, who focused on this; youshouldn’t, though – indeed, critics are bullying Nigeria, according to Mefferd. She then defended Nigeria’s right to make their own decisions on the issue since morality is relative. Unless she disagrees with a decision, of course. Then morality is universal. When discussing the lawsuit against Scott Lively – one of the vilest and most morally bankrupt monsters to walk the face of the Earth – over his role in Uganda’s Anti-Homosexuality Bill, she “found it interesting” that the Center for Constitutional Rights (representing Sexual Minorities Uganda in the case), is located at 666 Broadway, New York, wondering whether the organization “sought out the address.” “Not that that means anything,” said Mefferd, who clearly thought it meant something, at least to her listeners.

She has elsewhere asserted that violence against the lesbian, gay, bisexual and transgender community is not a problem – she is very well aware that it is widespread, so the reason it’s not a problem can’t be that it doesn’t happen; you do the math on that one. In a later show she wistfully dreamed that the US would be more like Senegal, or – presumably – one of the other countries, most of them Muslim, that currently ban homosexuality.

Mefferd has long tried to argue that gay rights should not trump the right of Christians not to see gays. For instance, it is for this reason perfectly fine for a school to arrange a prom where gay and lesbian students are prevented from attending. (Also, public schools are “morally bankrupt.”) Schools that have tried to do exactly this have been subject to some criticism, which has led to Mefferd complaining that bigots are, in the future, going to be ostracized and forced to wear badges “like the Jews in Nazi Germany” (and the homosexuals, but Mefferd didn’t mention that.) Presumably because that’s how she would like to react to people she disagrees with and cannot imagine others being of less inclination to oppress and subjugate others than she is. She cited the Holocaust in her criticisms of attempts to regulate reparative therapy, too, being apparently under the delusion that shehas the moral high ground in these matters.

Due to her inability to reason and her (unsurprising) problems with finding a rational, moral or humane basis for her anti-gay bigotry, Mefferd often reverts to claiming that God will punish us if we don’t do what Mefferd He wants. In fact, God already has a “bow and arrow pointed at us.” Like Cupid, in fact.

Religious freedom and tolerance
As Mefferd sees it, homosexuality is a conspiracy against Christianity. But Christianity is under siege from other quarters, too (the opposition to God is all united through Satan, of course). She has for instance suggested suing government for violating the First Amendment by establishing atheism as the state’s official religion – “establishing atheism” here meaning the fact that there is some limitations to what measures she herself can use, in line with the Constitution, to force others to agree with her on religious issus.

She is quick to emphasize, however, that evangelicals have no bias. For instance, in 2012 she denied that any evangelicals have a “bias” against Romney because of his Mormon faith, insisting instead that if anyone has a bias against anyone, it is Romney who has a bias against Evangelicals. She then went on to criticize Romney for failing to address questions from the Religious Right because  Romney’s Mormon belief that he’ll “one day rule [his] own planet as a god” means he thinks he is above having to answer questions while running for President. “Being biased”means disagreeing with her– you should have figured out that by now, shouldn’t you?

When  Lowe’s pulled their ads from the TLC reality show All-American Muslim, Mefferd was one of several rightwing activists to rally to the company’s defense. According to Mefferd, Lowe’s decision had nothing to do with anti-Muslim sentiments, but due to the fact that the show was obviously “controversial” for featuring Muslims. “Not everything is religious bigotry!” said Mefferd. It might have been interesting to hear her try to explain why, then, the show was controversial, but probably not.

In particular (of course), Mefferd thinks fairness demans that creationism be taught alongside evolution: “It’s clear that there are lots and lots of people who hold to the biblical account of creation or at the very least a view of intelligent design, share it as a perspective, evolution is not the only perspective out there,” said Mefferd, who unsurprisingly experiences some difficulties distinguishing science from arbitrarily chosen and dogmatically maintained opinion. Apparently creationists deserve equal time on Neil DeGrasse Tyson’s remake of Cosmos, too.

Her attitude to science is brilliantly displayed in her attempts to refute a 2012 study on gender identity showing that epigenetic influences in the womb are a primary cause of homosexuality (because she didn’t like those results, of course.) Her primary reason for rejecting it was, of course, that it ostensibly contradicts the Bible (chapter and verse not offered), and her conclusion was bolstered by noting that the researchers included an evolutionary biologist at the University of California Santa Barbara; “right away I saw ‘evolutionary biologist’,” and knew that the study must be wrong. Evolutionists are already in cahoots with the gays and thus biased. Only evangelicals like herself, as established above, are unbiased in these matters.

Miscellaneous
A nice illustration of Mefferd’s approach to things is her furious criticism of RightWingWatch, a “nasty, vicious, Christian-hating hack site” that lied about the Benhams (by reporting accurately on them) and “needs to be sued for libel, defamation” – an illustrative example of the “out-of-control power of the LGBT agenda to smear and marginalize decent Christians and force them out of their jobs” – after their coverage of the Benhams’ anti-gay, anti-choice, and anti-Islam activism got the Benhams’ show cancelled by HGTV. Thing is, of course, that Mefferd at the same timepraised Matt Barber for succeeding in getting Christian publishing company WaterBrook Multnomah thrown out of the National Religious Broadcasters after publishing the book “God and the Gay Christian: The Biblical Case in Support of Same-Sex Relationships”.

Here is Mefferd on Sandra Fluke.

In 2013, Mefferd caught fundie superstar Mark Driscoll plagiarizing. She later apologized for catching him, presumably because Driscoll was plagiarizing for Jesus, and Mefferd committed the grave sin of lapsing into recognizing and mentioning the moral transgression of people on her side of the war.

More recently, she claimed that the NFL protests during the national anthem couldn’t possibly be about white supremacy because the United States “had a little thing called the Civil War” that “corrected” the issue of white supremacy.

She has also followed up on claims made by deranged conspiracy theorist Donald Trump trying to cast doubt on whether Obama was, in fact, a member of an Indonesian equivalent of the Boy Scouts as a child. Mefferd called for a serious investigating, based on her disbelief that Obama could possibly have been involved with such an organization amidst “all the communist influence” and the influence of “his mother and Frank Marshall Davis.” No, she doesn’t know how any of this works.

Diagnosis: Neither a minimal capacity for rational thought, nor a moral fiber; so Mefferd tries to compensate with copious amoutns of hate, bigotry and paranoia. She is accordingly rather popular among certain groups and has become the go-to person for broadcasting the most delusional anti-gay drivel. Dangerous.
Posted by G.D. at 4:05 AM