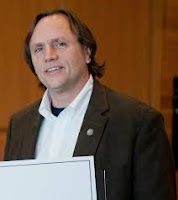 For a long time, creationism and climate change denialism were associated with the American right whereas antivaccine views and woo were associated with the left. The picture was inaccurate back in the days, too, but it is certainly obviously false today, as most antivaccine efforts in state (and federal) legislatures are primarily made by representatives of the Republican party. In Minnesota, for instance, the central antivaccine representative is probably state senator James J. Abeler II, who represents District 35 in the northern Twin Cities metropolitan area. When previously serving in the House, Abeler was even chair of the Health Policy and Finance Subcommittee for the Health Care Cost Containment Division for a time. He formed the MN Autism Council in fall 2018 to really give antivaccine activism political legs, and promptly appointed well-known antivaccine activist and dingbat conspiracy theorist Wayne Rohde, cofounder of the Vaccine Safety Council of Minnesota, to said council. There is a relatively substantial portrait of Abeler from 2019 here, though it portrays him as a potential “stealth antivaccine advocate” – at present, there is little that is stealthy about Abeler’s antivaccine views anymore.

Abeler is a vocal opponent of school vaccinations, and has worked closely with the antivaccine organization Age of Autism (yes, that’s Jenny McCarthy’s organization) to fight vaccines and legislation supportive of vaccination. He has also been involved with the antivaccine quack summit Autism One, which is famous for promoting not only the demonstrably false claim that vaccines can lead to autism, but also a variety of dangerous and ineffective autism “cures”. Abeler’s associates are tied to concerted efforts to spread fear, uncertainty, doubt and misinformation about the MMR vaccine specifically in Minnesota’s substantial Somali community, and are largely responsible for a large measles outbreak in the community in2017. Patti Carroll, a local antivaccine loon who was heavily involved with organizing antivaccine outreach in the Minnesota Somali community, was also appointed by Abeler to serve on the MN Autism Council.

Abeler was one of eight state senators who expressed skepticism about vaccines in opposing Senate File 1520, which would have mandated vaccines for all school-aged children. Abeler emphasized that parents should be allowed to have “informed consent,” by which antivaccine activists mean “misinformed consent”, and lamented that antivaccine parents were being impugned. “Most of the people who have concerns about vaccines never thought twice about it until their own child got damaged or their friend was injured by a vaccine,” said Abeler, adding that “[i]t turns out they’re not nearly as safe as they’re told, and they’re not even as effective as they’re told.” His claims are, of course, wrong: vaccines are safe and effective, and as safe and effective as those who know a bit about vaccines and the evidence obtained from studying them claim, though to people like Abeler, extensive, carefully conducted studies cannot trump judiciously selected and mischaracterized, emotionally effective personal anecdotes and causation/correlation confusions. The claims do reflect common tropes on antivaccine conspiracy websites, however.

Abeler has claimed that vaccines are “unavoidably unsafe” and has been sharing Del Bigtree videos to fans to “support” his claims, saying “[t]hank you for standing for truth on vaccines. The CDC & HHS have admitted they have not done a safety study for ANY of the vaccines on the market. In 2011, the Supreme Court ruled, ‘Vaccines are unavoidably unsafe.’ So just trust your doctor? Oh the ones who keep prescribing oxycodone? People need to be just as angry about the lack of safety studies on vaccines as this!”. Of course, everything in that quote is at best misleading: the Supreme Court has not ruled what Abeler and Bigtree think they have ruled by any stretch of the imagination, and vaccines are thoroughly tested for safety and efficacy – indeed, it’s hard to imagine a more blatant lie than the claim that there are no safety studies for vaccines.

A chiropractor by trade, Abeler himself claims to be able to treat ADHD with spinal adjustments. He cannot, but chiropractors, especially those who espouse the dangerous pseudoscience that is chiropractic neurology, constitute a notable subgroup of the antivaccine movement. Before joining the Minnesota legislature, Abeler was a tireless lobbyist for getting healthcare companies to cover chiropractic. He also claims that chiropractic can “boost your immunity”, no less, a claim that should remove any doubt that we are dealing with a spineless and/or deluded grifter for anyone with even minimal understanding of how the human body (especially the immune system) works, and he even suggests that chiropractic can help remedy ear infections, colds, allergies, and tonsillitis among children. It cannot.

Abeler is not alone among Minnesota legislators when it comes to promoting or accommodating antivaccine conspiracy theories, however. Others include State Senator Scott Jensen (R-Chaska), who is famous for spreading Covid-19 misinformation, and State Senator Mary Kiffmeyer (R-Big Lake), who has for instance shared antivaccine depopulation conspiracy theories (in particular this one) on her facebook page.

More recently, Abeler, too, has been spreading misinformation and conspiracy theories about COVID-19, in particular – parroting one of President Trump’s most outrageous and baseless conspiracy theories – that doctors and the CDC are overcounting Covid-19-related deaths for financial reasons.

Diagnosis: Deluded conspiracy theorist, and given his position in the Minnesota legislature Abeler is, in fact, a serious threat to human health and welfare – demonstrably so, if you keep in mind the 2017 measles outbreak (as well as COVID-19).