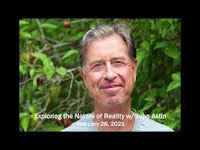 John Astin is not among the more flamboyant loons in our Encyclopedia. Rather, Astin – a songwriter, “spiritual teacher” and health psychologist affiliated with Santa Clara and Notre Dame de Namur Universities – has been relatively non-flamboyantly been pushing altmed, in particular mind-body medicine, and built himself a pretty substantial reputation in altmed circles through papers and studies that at least exhibit a surface veneer of scientific respectability, for instance about what makes people resistant to scams and quackery integrative medical procedures. Much, perhaps most, of his output belongs squarely in the category tooth fairy science. He has also written a number of New Agey, mindfulness-inspired books of poetic pseudo-phenomenology praised by people like Deepak Chopra.

Astin is perhaps most famous, at least among woo-sympathetic research, for developing various questionnaires and scales that, typical of tooth fairy science, seem designed to give the “researchers” answers that fit what they wish to be true. A good example is the Nondual Embodiment Thematic Inventory (NETI), developed by Astin and David Butlein, which is supposed to assess things like “compassion, resilience, propensity to surrender, interest in truth, defensiveness, capacity to tolerate cognitive dissonance and/or emotional discomfort, gratitude, frequency of nondual experience, anxiety level, motivational paradigm, authenticity, level of disidentification from the mind, and humility” – the categories are generally not operationalized in any meaningful way, however, and the inventory gives you items like “Understanding that there is ultimately no separation between what I call my ‘self’ and the whole of existence (Please choose only one of the following: Never; Rarely; Sometimes; Most of the time; All of the time)” and “Conscious awareness of my nonseparation from (essential oneness with) a transcendent reality, source, higher power, spirit, god, etc.” and “A sense of the flawlessness and beauty of everything and everyone, just as they are” (same scale on both). The scale seems never to have been validated for anything, least of all “nondual” awareness, which seems to be some woo jargon for “being at one with the universe” (yes, it is metaphors all the way down – trying to cash them out is so … reductionist). To use the scale to measure change after some treatment and then claiming that the treatment had any effect would, in other words, be a rather strikingly clear example of tooth fairy science. And people do seem to use it, and they publish their results in venues like John Weeks’s Journal of Alternative and Complementary Medicine.

Another example of Astin’s research: Back in 2000, Astin published a paper analyzing 23 clinical studies involving prayer, therapeutic touch, and some other “unconventional forms of spiritual intervention” and found that 57 percent of the studies showed a positive impact on the patients, a figure that, according to him, is “highly significant” and “far more than one would expect to see by chance alone” (even though he admitted that the “heterogeneity of the studies precluded a formal meta-analysis”). Well, but that depends on the studies included, doesn’t it? Astin claimed that they “were chosen for the scientific quality of the research” but although we haven’t tried to look at them all, at least one of the studies included was this one. Suffice to say: if that passes Astin’s criteria for scientific quality, it would be bizarrely interesting to see some examples of studies that failed them. But at least it is safe to conclude that Astin’s results are worthless – and that’s even before considering the problems associated with drawing conclusions by tallying positive studies given familiar phenomena like publication bias and p hacking.

Diagnosis: Far from an obviously crazy nonsense-monger, Astin has worked himself into something of a position of authority in the tooth fairy science movement, and one of those who give their claims a thin veneer of scientific respectability, unless you look at all close at what’s going on. He’s been pretty hard working, and the two examples we mention here are just examples – they should, however, be damning enough.