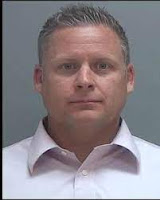 Many CAM practitioners have a questionably understanding of human physiology, as reflected in the impressive range of silly diagnoses and treatments they sell – just think of craniosacral therapy or chiropractic neurology. Functional endocrinology is another one. One of the main promoter of functional endocrinology seems to be chiropractor Brandon Credeur, who’ll be up for a later post. Here we’ll focus on one of Credeur’s students, Utah-based chiropractor Brandon Lee Babcock.

Now, it isn’t entirely clear what functional endocrinology actually is, at least from Credeur’s presentations, which are notoriously heavy on misguided, conspiracy-mongering railing against mainstream, science-based medicine and rather vague about what his alternative is actually supposed to do, but there are pretty compelling clues that it’s more of a scam than anything else (some more details about what functional endocrinology is supposed to be here. The state of Utah, at least, seems to have been none to happy with the practices of Brandon Babcock, especially his financial practices targeting elderly people, but also his nonsense medical claims like his claim to be able to “reverse” diabetes – as the Utah Division of Occupational and Professional Licensing, which suspended Babcock’s license, put it, Babcock has designed a program that “tends to cheat, exploit and endanger both the physical and fiscal health of elderly patients who are already suffering from type II diabetes.” At least it seems he got his business license revoked, and although some chiropractic boards still seem to struggle to find it in them to condemn nonsense medical practices and false health claims, for, some would claim, obvious reasons, the felony charges brought against Babcock seem to have helped in his particular case. And for once, the villain did end up in jail. Good for Utah, and good for humanity.

Diagnosis: One might argue that “loon” is the wrong epithet here, but when it comes to some of these treatment regimes, probably including “functional endocrinology”, it becomes really hard to distinguish the true believers from the pure scammers – there is substantial overlap, to the extent that the latter might constitute a subset of the former. Babcock is hopefully neutralized, at least.