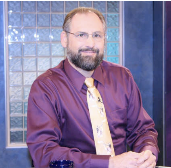 Biltz is a Biblical Astrologer and a pastor at El Shaddai Ministries in Bonney Lake, Washington. Biltz made the DVD-series "Studies in Our Hebrew Roots", claiming that the biblical plan of God on display in the physical heaven.

Claims that constellations (or point-to-point drawings between various stars) display a picture depicting the second coming of the Messiah (the names of many of the stars are also relevant, apparently).

Of course, since hardcore Christians denounce astrology, Biltz is adamant that what he does (looking at the hidden meaning of constellations to predict future events) is not astrology but astronomy. Discussed here.

Note: We originally entered him as "Blitz", and apologize for that. The name is Biltz - which means that the entry doesn't quite fit with the alphabetical order anymore.
Posted by chaospet at 1:03 PM