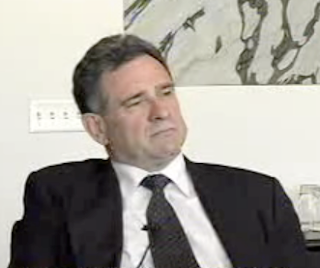 Bolen is a publicist for the late Hulda Clark, who for the purposes of our Encyclopedia is, in part, tried instead of her. Clark was a crackpot who claimed to have (and sold) “the cure for all disease”, in particular cancer which she said couldn’t exist if the patient had the right mindset and used her devices. Guess what Hulda Clark died of. A critical obituary can be found here, and also here.

(Clark’s healing devices, apparently cobbled together from discarded parts of Radio Shack, included the Syncrometer, the Zapper and Homeography; her medical advice included requiring that her people with fillings have them removed and people with root canals have those teeth removed as part of her "therapy." Clark was, in other words, an unintentionally repulsive human being).

Bolen, her attack poodle, desperately tried to explain her death as being due to something else, flunking all possible rules for critical thinking and understanding of science in the process. He is in general an ardent advocate of Clark’s “scientific research” (always skirting the awkward question of the whereabouts of all those people Clark supposedly cured of e.g. advanced AIDS).

Bolen is a self-proclaimed “health freedom fighter” and a tireless enemy of science and science-based medicine (a flaming conspiracy theorist), and purveyor of every crackpot alternative treatment that exists.

Diagnosis: Dishonest, sleazy and absolute loon; impact uncertain, but this guy is tireless.

This post should by the way also indict Hulda Clark’s son Geoffrey Clark, who administered her business and tirelessly promotes it after her demise, including setting up a defense fund to pay for expenses associated with defending her against "legal attacks."

The entry should also indict the Swiss scientologist David Amrein, Clark’s business associate and staunch defender (who has been legally banned from making false claims about her products for advertising purposes) – Amrein is an utter loon, but disqualified from an entry in the Encyclopedia by not being American.