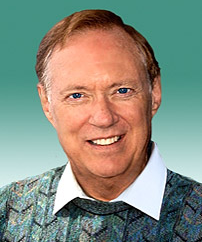 After a couple of stock loons from the anti-vaccinationist and creationist movements, it’s time to take another plunge into the more outré and downright weird recesses of the looniverse. This is where we find this gem.

Take some time to savor the delectable whiff of Timecube, the exquisite pastel shadings and the breathtakingly amateurish first-time-powerpoint-user-style animations. This is solid stuff.

So, what are they up to? You’ll get a taste of it here.

Here is their most recent announcement: “When many heard the magic of what happened in Sedona in 2009 when Jan [Tober – a member of the Kryon team] took the stage with bowl master William Jones, they wanted more. Jan is now offering a DNA activation using her voice, channelling and simultaneously playing up to seven crystal bowls... all offered as a custom ten minute CD "reading" of your life essence. She takes personal information, then creates a custom CD in her studio! Very well received, many are lining up to have this DNA activation process done.”

You might ask, so what is a DNA activation process? Well, who knows, really – the explanations are mostly word-salad, asserting things such as “Someday your science is going to show that DNA actually sings!” and “[your DNA] is magnetic, and therefore it responds to the grid! […] Now, suddenly in this new energy, your science begins to understand that there are at least 11 dimensions at the heart of every atom of matter. (We have told you that there are 12.) And suddenly you are beginning to understand that even time is variable”

You can also subscribe to their “Marshmallow messages”, daily e-mail messages of love, positive thought, and light, at no cost, sent by E-mail only to the Kryon family worldwide.

Mostly, however, it is about channeling and our relationship to Gaia; the channelings are apparently published in their monthly journal, the Sedona Journal of Emergence. Apparently Carroll and Tober channeled the “original subject of the Indigo children”. You can also click a button to see the DNA names, sounds, paintings and descriptions of the teachings that Lee has channelled on the Twelve Interdimensional Layers of DNA (I admit that I frankly didn’t dare to click that button).

Lee Carroll is the main character, apparently. A biography can be found here. Apparently he’s held meetings almost next to the UN General Assembly. Impressive.

Diagnosis: Kryon seems to be a prime example of unhinged, new-agey, fluffy woo with a post-modernist twist to it, and Carroll must surely rank among the most purebred crackpots out there. I seriously doubt that they have any extensive or detrimental impact, however.
Posted by chaospet at 12:14 PM