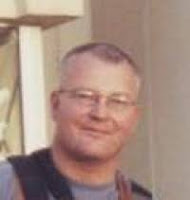 Muslim Mafia: Inside the Secret Underworld That’s Conspiring to Islamize America is an astonishingly delusional conspiracy screed, published by WND Books, that was marketed at paranoid idiots and accordingly achieved some popularity in 2009. The author, Dave Gaubatz, is a former Air Force investigator and Arabic speaker who got his son to go undercover as a Muslim to obtain an internship at the Council on American-Islamic Relations. It really wasn’t necessary – as a deranged conspiracy theorist there was only one possible outcome of the undercover search: Islamists are about to take over America, and the government is trying to cover it all up. Other than the undercover operation, Gaubatz has claimed that he personally found Saddam’s long-lost and non-existent WMDs while he was in Iraq in 2003, but has sort of failed to provide evidence – and that, of course, is just further evidence of a conspiracy: the Syrians and Russians took them, while the U.S. government suppressed the information and destroyed Gaubatz’s documentation to avoid the “explosive revelation of their own lethal incompetence.” Gaubatz also refers to Obama as our “Muslim leader” and a “self-admitted ‘crack head.’”

He is nevertheless taken seriously by deranged wingnuts, in particular former House wingnut Sue Myrick, who wrote the foreword to the book. Myrick has, with regard to domestic security threats, earlier remarked: “Look at who runs all the convenience stores across the country.”

Diagnosis: Look; this kind of stuff is seriously deranged. The fact that it is taken seriously by so many, even people in positions of power, should scare you shitless.
Posted by G.D. at 3:00 AM