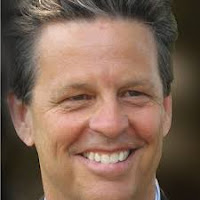 Bill Koenig is an endtime lunatic who thinks God is punishing us for states of affairs he (Koenig, we suspect – not God) dislikes. For instance, Koenig blamed the 2015 drought in California on The Gay (actually, he blamed it on God, but didn’t realize that this is what he did) while predicting a major economic collapse at the end of the year because of being-judged-by-God. Right after blaming the drought on God The Gays, Koenig got invited to address the Republican National Committee’s Conservative Steering Committee (David Agema is apparently a fan), which he used to rant about how a two-state solution in Israel is an affront to God and to give a history of the “Blood Moons” and how they intertwined with Israel’s history, which is roughtly about as delusional as blaming pixies and cursing them on your carefully assembled collection of fingernails.

That two-state solution is a recurring topic of Koenig’s, who even wrote a book partly about, uh, “alternative meteorology” concerning the effect of discussing a two-state solution on precipitation and atmospheric conditions (it “documented the rise of punishing hurricanes whenever the U.S. turned toward anti-Israel or pro-Palestinian policies”), Eye to Eye: Facing the Consequences of Dividing Israel, in 2004. In 2012 – in connection with Hurricane Sandy – Koenig claimed (in WND, of course) that some of the United States’ most catastrophic storms and events have correlated closely with the nation’s God-defying attempts to divide the land of Israel: “When we put pressure on Israel to divide their land, we have enormous, record-setting events, often within 24 hours,” Koenig said: “Hurricane Katrina, 9/11 – we have experienced over 90 record-setting, all-time events as we have acted against Israel. And the greater the pressure on Israel to ‘cooperate,’ the greater the catastrophe.” (Note that Koenig is another exemption to the general trend of blaming 9/11 on radical Islam, blaming it instead on God.)

It is worth noting that the group of people blaming Hurricane Sandy on God struggled to come to consensus on the causal factors: wherease Koenig blamed it on putting pressure on Israel, Linda Marie Wall of Concerned Women for America blamed it on Vermont (God’s aim is somewhat approximate) for ruling against Lisa Miller in her legal battle to prevent her former partner from having visitation with the daughter they raised together before Miller decided that being a lesbian was evil; John McTernan took the safe route and blamed Obama and The Gays; Fred Phelps’s group didn’t actually blame anyone but rather celebrated all the death and destruction; whereas anti-abortion activist Rob Schenk didn’t really cite any particular cause but just thought God was asserting himself and showing who da boss.

In 2015, when the WND ran a substantive investigation on the relationship between a weather system forming in the Atlantic ocean (Tropical Storm Joaquin) and a Palestinian leader speaking at the United Nations and the Palestinian flag being flown over the UN headquarters, as is customary, they called on Koenig (and similar drooling loons, like Jonathan Cahn). Koenig, of course, found it “more than coincidental that a tropical depression formed in the Atlantic on Sunday night, as the world was observing the super blood-moon eclipse on the biblical feast of Sukkot.” Of course, the weather system had actually formed weeks earlier. Details.

Diagnosis: Rabid, completely delusional fanatic. Not much more to say about that.

Hat-tip: Dispatches from the Culture Wars.
Posted by G.D. at 4:04 AM