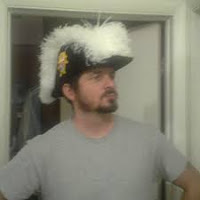 Jeffrey Wolynski is a physics crank who, despite being obscure to most people (especially scientists, his claims to be a “top dog in astronomy” notwithstanding), has had some influence on certain groups of conspiracy theorists and pseudoscience dabblers, including UFO groups, proponents of (various forms of) the electric universe and aetherometry, and Zecharia Sitchin acolytes.

Wolynski’s pet pseudoscientific theory is something called stellar metamorphosis, a theory that claims to solve and explain the mystery of star and planet formation, which was ever only a mystery to proponents of stellar metamorphosis. The main idea is that stars slowly evolve into planets and that planets are just ancient (possibly trillions of years) stars. Wolynski offers a lot of strange interpretations of ancient texts as well as other forms of bizarre wordplay to back up his theory, as well as, predictably, a dearth of empirical evidence.

As for the theory itself, it is not a quantitative model, there is no peer-reviewed support for it and its proponents aren’t really engaged in testing it using simulations, calculations or quantitative observations. Rather, Wolynski states principles with no intention to derive predictions or make observations to confirm or disconfirm them – here), for instance is a full Wolynski paper; take careful note of the design and observational data sections. (He doesn’t hesitate to just reject observations that don’t fit, however.) His research is published primarily on youtube and viXra. Ultimately, the theory is interesting primarily as a study in how not to do science.

As a grand, unifying theory, proponents of the idea, like Wolynsky, also have to adopt an impressive range of novel ad hoc explanations of a wide range of phenomena: that matter is the real vacuum, that the Big Bang never happened, that red giant stars are way closer than parallax measurements allow for (so they’re not giant stars but really close red dwarfs), alternative interpretations of the rock cycle and Earth’s formation (physical vacuum vapor deposition inside of a young star, which means that stars are not fusion reactors, but electro- or thermochemical), and so on. Perhaps most significantly, Wolynski thinks that the Sun is hollow, which means that it will shrink in size and, in the future, become a life-hosting planet. Yes, it’s all egregious nonsense. Wolynski is also a member of the crackpot Natural Philosophy Alliance, where his profile lists his occupation as “Scientific Revolutionary”.

Oh, and he is also a UFO nut who claims that extraterrestrial life forms are regularly visiting Earth using technology far superior to ours.

Diagnosis: Ridiculous nonsense, but it does offer a good case study of the strategies and intellectual trappings of pseudoscientific ramblings, at least.