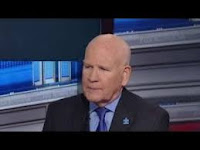 Robert Charles Wright is a lawyer, former NBC executive (CEO from 1986 to 2001 and chairman and CEO from 2001 until 2007) and previous CEO of a number of companies. He is also, with his wife Suzanne, the founder of Autism Speaks, as well as a number of other organizations and initiatives – Wright is, in short, a pretty powerful figure, and because he’s got lots of money, he has received numerous awards from various organizations and institutions (wealthy people tend to give each other such awards). He also enjoys significant power over a number of politicians.

Though Autism Speaks has generally toned down its initial anti-vaccine bullshit, anti-vaccine conspiracy mongerang used to be a core tenet, and the organization has never really distanced itself from the promotion of dangerous “cures”, like chelation therapy. Wright’s own grandson is autistic, and the mother, Katie Wright, claimed that he recovered significant function after chelation treatments to remove mercury, which was never the cause for anything (the “recovery” referred to nothing more than expected developments over time). It is worth pointing out that Wright in fact founded Autism Speaks as a response to his grandson’s diagnosis, and that Katie Wright was from the beginning convinced that vaccines were to blame, which they demonstrably weren’t. Bob’s unwillingness to commit either way is also reflected in the organization’s recommendations; when a science officer stated on the website that “vaccines do not cause autism”, it was quickly deleted and replaced with Wright’s statement that scientific research has not “directly connected autism to vaccines” and that “efforts must be continually made to educate parents about vaccine safety” (a dog whistle if there ever was one).

Wright was also one of several representatives for the quackery side of things called to testify before a Congressional hearing on the non-existent “autism epidemic” in 2012 arranged by Congress’s then-resident antivaxx champion Dan Burton. During his testimony, Wright admitted that given that his daughter was antivaccine, suggesting that they had no choice but to pursue that idea when Autism Speaks was formed, although he wouldn’t himself assert that vaccines were to blame. (He also unwittingly contradicted the claimthat there is, indeed, an autism epidemic).

Diagnosis: Whether Wright is or ever was strictly anti-vaccine might be hard to determine, but he and his organization have certainly lent credence to that false and dangerous idea, and Wright is to blame – artificially keeping the idea as a live option and giving it a powerful push, regardless of personal reasons for doing so, makes you a loon. Villains are villains even if their villainry is a response to the villainous attitudes of their offspring. Bob Wright is a powerful and influential villain.