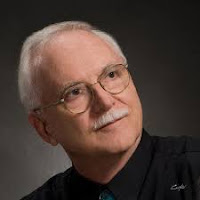 Kent G. Bailey is a professor emeritus of psychology at Virginia Commonwealth University, and a self-declared paleopsychologist. He has written several books on human paleopsychology, which is dumber than it sounds – “speculative pseudoscience” doesn’t really quite capture it. Bailey is also an occasional columnist for the WND, where he for instance has explained why it is, from “a paleopsychological standpoint, […] simply […] not natural, normal, or fair” for a woman, like Hilary Clinton, to run for president of the US, ostensibly since back in cave-dwelling times only 70-year old overweight men ran for the position of directing the executive branch of the federal government. In particular, it would be unfair for a “cerebral old lady to be forced into combat with an imposing, 6-foot-3-inch, 237-pound septuagenarian who drives a golf ball 300 yards and eats nails for breakfast” – yes, Bailey did describe her opponent as “warrior extraordinaire Donald Trump”. Given how mired Bailey is in pseudo-Freudian pseudoscience, you should feel free to read whatever you like about Bailey into that description.

In fairness, Bailey did go on to offer several “paleopsychological observations” about why women are not suited as national leaders – for instance, “when a woman is faced with male aggression, her first instinct is to cry for help and then find a male protector to do the fighting for her” – all leading to the conclusion that “if Hillary Clinton is elected, the continuing infantilization and feminization of American men will further explode, society as we know it will crumble, and the regression back to our pagan roots will be complete.” Oh, yes, well … you may have thought that he was on the verge of trying to offer a secular – if abysmally deranged – case for complementarianism, but as the last sentence shows: he really wasn’t.

But yes, Donald Trump is the “quintessential warrior male” that we have apparently all been waiting for to defeat “the pagan forces of progressivism and political correctness.” And it isn’t just women who are unsuited for office, but anyone tempted to adopt feminine values: For instance, “[w]e have seen how poorly our current [this column is from 2015] girly-man-in-chief, Barack Obama, has dealt with the world of violent supermales out there.” There is a curious parallel here to end-times prophets: Bailey keeps warning us that if we elect women to office, “society as we know it will crumble, and the regression back to our pagan roots will be complete,” but he also seems to wish for that – racism, tribalism, simplemindedness, ignorance – to happen (the reason may well be some fundamental struggles with the is–ought distinction).

Diagnosis: Landing a job as a psychology professor at a respectable university these days is no mean feat. Apparently, it wasn’t always that way. Good grief.