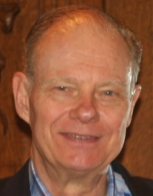 Rev. Peter Marshall of Peter Marshall Ministries in Massachusetts has suggested that California wildfires and Hurricane Katrina were divine punishments for tolerance of homosexuality (not an uncommon claim among the less cognitively gifted). Therefore (it seems) he was appointed by the Texas Board of Education to consult on the social studies standards. The goal of the TBoE was of course to get the Christian Nation nonsense into the schoolbooks.

He also argues that the Constitution does not protect the separation of church and state. In fact, it seems that Marshall has adopted Barton’s general rhetorical strategy of trying to spread lies faster than real historians can refute them.

Diagnosis: Bald-faced, willfully ignorant, remorseless and relentless Liar for Jesus. He seems to have a rather central position in the Christian reconstructionist movement, and must as such be considered moderately dangerous.