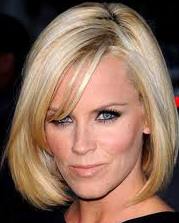 The term “indigo child" was introduced by psychic reader Nancy Ann Tappe and popularized by our old friend Lee Carroll (of Kryon). According to Carroll indigo children represent the next step in human evolution, but we close-minded normal folks fail to recognize their potential and classify them as attention-deficit instead.

Now, Jenny McCarthy used to believe that she was an indigo mother and her son was an even more evolved crystal child (she even ran the website Indigo Moms). In 2007, however, McCarthy attended the University of Google for some weeks and decided that her child was vaccine damaged instead. And so it began. Currently McCarthy is the poster model for the antivaxx movement. She is a blatheringly obtuse, highly delusional flapdoodler, but rather persistent and apparently on good enough terms with the equally dense Oprah Winfrey (and the even denser Julie Deardorff) to become rather dangerous. Let us emphasize: McCarthy knows nothing about science, the scientific method, or medical science in particular. She does believe that she has scientific credentials, however, since she is a mother of a kid with special needs. See her explain her scientific credentials here (you can also see her arguments being evaluated by her peer here and here). Predictably, her favorite argument is the empathy gambit (also here); basically, it's “if you criticize my arguments that vaccines cause autism you are being callous since I have a child with special needs”.

McCarthy claims that her son's autism was caused by MMR vaccine but cured through chelation therapy. She has also written a book about it, “Louder than Words: A Mother's Journey in Healing Autism”, with which she appeared on Oprah and Larry King Live, occasions she effectively used to promote woo, incoherence, false hope and dangerous misadvice. As a result it is far from unlikely that she is personally responsible for the deaths of actual children. She is currently an activist for J.B. Handley’s crackpot organization Generation Rescue (see also this and this). Her teammate and boyfriend Jim Carrey was a staunch ally, but they have since broken up. Her doctor, the crackpot Jay Gordon, remains on her side however, though he denies being anti-vaccine (despite the fact that he obviously is).

McCarthy regularly writes for that horrible pit of cranky tripe, the Huffington Post, recently including – predictably – a defense of science fraud Andy Wakefield. Age of Autism’s Ann Dachel weighed in as well, in a piece of such wretched idiocy that she automatically qualified herself for mention in any serious encyclopedia of loons. Huffpo hasn’t invited McCarthy to contribute a regular blog – McCarthy’s writing skills are, shall we say, subpar – but she does contribute relatively frequently nonetheless, and her rants are usually slightly more unhinged than those of other anti-vaxxers who have previously weighed in on any particular issue.

McCarthy made it to #19 on Buffalobeast’s list of the 50 most loathsome people of 2010.

Diagnosis: Stupendously moronic crank whose level of lunacy is only matched by the firmness of her conviction that she is right, regardless of what reality says. She is zealous, and must be counted as one of the most dangerous loons in existence.
Posted by chaospet at 11:52 AM