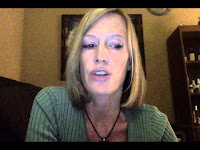 A.k.a. The Health Nut

Erin Elizabeth is Joe Mercola’s girlfriend. Elizabeth runs healthnutnews, one of the currently more popular sites devoted to quackery and medical pseudoscience on the Internet, and is pushing pretty much the same line as Mercola with natural, untested “cures” for all sorts of ailments, backed up by pseudoscience, anecdotes, and occasional forays into technobabble. The website also pushes the usual science denialist stuff, including anti-GMO conspiracies.

Elizabeth is, however, particularly notable for pushing (though she doesn’t like being described that way) the conspiracy that Big Pharma (and possibly the government) was killing of alternative medicine doctors in 2015. The most prominent victims were Nicholas Gonzalez and autism quack Jeff Bradstreet, who, according to the police, committed suicide the day after the FDA raided his clinic but who, according to the conspiracy theorists, was probably assassinated. According to Elizabeth, JAQing off, at least five other quacks had died around the same time (under what she, as a conspiracy theorist, deemed to be suspicious circumstances), including chiropractor Baron Holt who Elizabeth admits “had been struggling with recent health issues” but “none were thought to be life threatening by loved ones” (my emphasis), and five more had gone missing. And the evidence for a conspiracy is as direct and non-convoluted as these things go; for instance: “Interestingly, Dr. Holt (33), lived in North Carolina; which is the state where Dr. Bradstreet’s body (the first doctor to be found) was discovered two days prior. Dr. Holt was visiting Jacksonville, Florida, though, when he died there. Dr. Bradstreet (see story #1) was living in Georgia, at the time of his death; and before that, he lived in the neighboring state of Florida.” You can’t argue with that. Naturally Elizabeth was “terrified” for Joe Mercola’s safety, since there is hardly any bigger quack in the US. Of course, given the number of chiropractors (60,000) and altmed practitioners (no clear number, but surely higher than that) in the US, pure chance will give you a couple of even violent deaths per year, and you can imagine what happens when Elizabeth, given her level critical thinking skills and the clustering illusion, starts keeping tabs.

The efforts of the Big Pharma hit squad culminated in a situation where participants at a German homeopath conference managed to amphetamine poison themselves – of course there is the distinct possibility that the participants took the drug, referred to as “Aqua Rust” or “2C-E“, willingly since it is a psychedelic drug that apparently produces LSD-type reactions; no one from the conference was willing to talk (for good reason, as the police cited all the seminar participants for violation of anesthesia laws and using illegal drugs may cost you your license to practice in Germany). Elizabeth concluded, naturally, that they must have been poisoned. Her version of the story was duly picked up by NaturalNews, who also added expert commentary from David Avocado Wolfe.

Diagnosis: A critical thinking trainwreck and pseudoscience promoter. Elizabeth is too smart to yell “conspiracy” outright, and will thus sometimes appear reasonable when compared to other people playing in her league (such Mike Adams or Alex Jones), but appearing reasonable in comparison with those doesn’t mean that you are reasonable, and Elizabeth isn’t reasonable.
Posted by G.D. at 3:13 AM