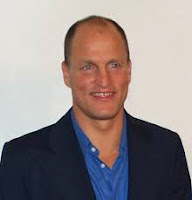 Yeah, it’s a celebrity loon. We’re generally not too interested in those, but many pseudoscience and conspiracy movements are spearheaded precisely by celebrities in lieu of managing to find any real experts to support the crazy – as such these celebrities do, sometimes, play important roles in perpetuating bullshit, and decided, accordingly, to give Woody Harrelson a mention. Harrelson is a raw foodist and organic food advocate – he’s been praised (and deserves praise) for his environmentalism, but it would be good if he focused on environmentalism rather than non-environment-friendly hipster pseudoscience – and even featured in the monumentally silly hackjob documentary “Simply Raw: Reversing Diabetes in 30 Days”.

He is also a 9/11 Truther and was scheduled to appear in a 2012 Truther movie (“A Violation of Trust” or “Trickery and Treachery” or “September Morn”) that doesn’t seem to have materialized. Apparently he is a fan of David Ray Griffin’s The New Pearl Harbor, saying that “after reading this book I can’t doubt that our government was at least complicit in allowing 9/11 to happen. Get a copy and pass it to all your friends, the evidence is irrefutable.” The evidence is refuted here.

Indeed, Harrelson even seems to have been toying with Illuminati conspiracies, no less, and was the narrator for the deranged “documentary” Ethos in 2011.

Diagnosis: Celebrity nut and conspiracy theorist. Yeah, we know – but the thing is that popular and good movie actors tend to be able to attract audiences even to their forays into pseudoscience, silliness and the crazy, thus spreading the shit everywhere.
Posted by G.D. at 3:48 AM