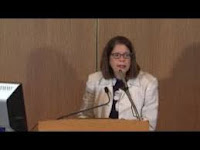 “Quackademic medicine” is an expression used to describe the tendency of once ostensibly science-based medical schools and academic medical centers to embrace quackery, often as a result of marketing strategies developed at an administrative or board level, but also due to a reluctance to call out bullshit in the name of misguided tolerance and efforts by wealthy external forces such as the Bravewell collaborative and NCCAM. The currently preferred brand name is, for marketing purposes, “integrative medicine”, and a common recipe is the typical Trojan horse strategy of, first, rebranding some science-based modalities, in particular nutrition and exercise, as somehow being “alternative”/“integrative”, then pointed out that some “alternative” techniques are – given the recategorization – uncontroversially science-based, and then using that observation to introduce outright quackery and woo. Acupuncture and reiki are particularly popular ingredients.

One of the most egregious examples, and apioneer when it comes to integrating quackery into its medical school curricula, is Georgetown University’s Medical School, which at present seems to have devolved into some kind of bastion of New Agepseudoscience – they even offer homeopathy, no less. What Georgetown does differently, is that they have tried to “take relevant CAM issues and modalities and weave them seamlessly into existing courses” instead of merely offering them as electives – already some two decades ago, Michael Lumpkin, Ph.D., professor and chair of the department of physiology and biophysics, complained that few students would take those elective courses,and began to implement the obvious remedy of introducing pseudoscience everywhere, in all the classes.

One of the central characters in Georgetown’s stalwart effort to bring their medical school into the New Age of wellness and student satisfaction, and away from an old-fashioned focus on scientific evidence and accountability, is Hakima Amri, a professor of Biochemistry and Molecular & Cellular Biology and currently Co-Director of the CAM Graduate Program. Together with Aviad Haramati, Amri founded Georgetown’s “complementary and alternative medicine” program, based an NIH grant to develop a curriculum to expose graduate students to quackery, putatively in a “critical and evidence based way.” Amri and Haramati seem of course to be notoriously unsuitable for the “critical and evidence-based” approach to pseudoscience, and evidently didn’t really care much about it – even though Amri likes to assertotherwise.

Under Amri and Haramati’s direction, Georgetown has teamed up with Bastyr University (more about Bastyr here), and from 2011, they have even been collaborating closely with the National University of Health Sciences (NUHS), another quack organization offering degrees in naturopathy to students taking classes in homeopathy, hydrotherapy, and similar woo. According to Haramati, the goal of the collaboration is to “break down the silos that that hold the disciplines apart”; which might sound very nice and forwardlooking until you remember Tim Minchin’s pithy observation: “you know what they call alternative medicine that’s been proved to work? Medicine”. Yes, precisely: the boundary that keeps medicine apart from the stuff offered by places like NUHS, is reliance on evidence and commitment to accountability, and breaking down the border can accordingly not mean anything but relying less on evidence and caring less about accountability. Apparently, Haramati and Amri are “exploring similar relationships with chiropractic schools and other health professions institutions”.

According to Amri, rather than being hamstrung by archaic boundaries between traditions, “as scientists and academicians, as long as we have the evidence, and our statements are evidence-based, then that’s what we’re going to teach our students”. Do you think she’s guided by the principles she claims to be guided by? As a scientist, Amri appears to have published extensively in various alternative medicine journals and pseudojournals, e.g. on ginkgo biloba, and yes, she teaches homeopathy: “I tell students that for the next few hours, put aside all they have learned in biochemistry, pharmacology and cell biology – empty their brains – because homeopathy is a completely different concept. Then I see big eyes on their faces!” Yes, homeopathy is in direct conflict with what we know about biology and biochemistry, as well as physics. It also demonstrably does not work for anything, so you have to forget any commitment you think you have to truth and evidence, too. To someone like Amri, however, that makes it just all the more exciting and open-minded: what more proof do you need that her lessons are valuable for her students’ education than the fact that she manages to boggle their minds? Her claims to care about evidence and negative studies sort of ring pretty hollow in light of her actions, don’t they?

Amri is not alone, of course – heck, Georgetown even has Wayne Jonas among their faculty. As a student at Georgetown, you may also be exposed to Ladan Eshkevari, Associate Professor in the Doctor of Nurse Anesthesia Practice program and licensed acupuncturist, trying to teach you the pre-scientific nonsense of TCM pulse analysis, which can ostensibly be used diagnose the health of specific anatomical organs (it most certainly cannot), and the theatrical placebo that is acupuncture. “Western, allopathic physicians and nurse practitioners want to be able to point to the evidence, and see the research published in peer-reviewed journals,” says Eshkevari, more than suggesting that she doesn’t really see the point, but she has nevertheless dutifully done some studies on acupuncture, of precisely the type of garbage tooth-fairy-science to try to meet the need. You may also run into Steve Schwartz, Assistant Professor in the Department of Family Medicine, and his Introduction to Osteopathic Manipulative Medicine – whereas most osteopaths have moved firmly away from osteopathy’s roots in vitalistic pseudoreligion, Schwartz appears to embrace it.

Diagnosis: At Georgetown, it seems to be all about being open-minded, daring and innovative, and not being weighed down by the constraints of evidence and accountability; and they do medicine that focuses on bubbly creative artistry, not narrow-minded science (although they like to try to claim otherwise, of course). Georgetown is really starting to look uncannily like Hogwarts School of Witchcraft and Wizardry and a real threat to public health and well-being.