What the Health (WtH) is a 2017 Netflix “documentary” advertised as “The Health Film That Health Organizations Don’t Want You To See”, which advocates a plant-based diet and attempts to criticize the impact of meat and dairy products as well as the practices of leading health and pharmaceutical organizations. Of course, that description might make it sound reasonable – and some of its popularity presumably stems from it sounding reasonable on paper – but since sensationalism sells and reasonableness doesn’t, it turns out to be a cornucopia of woo, unfounded fearmongering, pseudoscience and conspiracy theories. It has been universally panned by those who actually know anything about the topics discussed in the movie (including vegans). The nonsense was written, produced, and directed by Kip Andersen (who “stars”) and Keegan Kuhn, and executive-produced by celebrity conspiracy-theorist Joaquin Phoenix. Apparently a companion book of the same name was released in 2017, authored by one Eunice Wong – we haven’t read it, but note the name of the author for future reference. 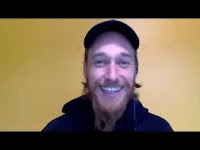 The documentary’s main idea is that all major diseases (heart disease, diabetes, cancer, and many others) can be prevented and cured by eliminating meat and dairy from the diet, a common idea on the woo-&-conspiracy fringe circuit that has been repeatedly debunked but fails to go away because it is more akin to a religious view than anything based on evidence or reality. You can read more about why the WtH spin on that idea is stupid here. Basically WtH supports the idea with dubious but emotional testimonials and carefully cherry-picked (and egregiously misrepresented) studies, as well as – of course – a large-scale conspiracy theory to the effect that all major health organizations and government agencies have been “bought” by Big Food and Big Pharma and are conspiring to hide the truth – in particular by promoting the idea that some diseases are to a large extent genetic. On the way, we also get a couple of fallacious appeals to ancient wisdom (Hippokrates treated as an authority), toxins gambits, appeals to nature, confusions of correlation and causation, GMO fearmongering and, in particular, an impressive amount of doctor-bashing based on the familiar misunderstandings of how medicine and, well, things in general work common in the alternative medicine communities: so, according to WtH, medical doctors aren’t interested in prevention (idiotic nonsense), don’t consider the underlying causes of disease (of course they do, though the answers are not always amenable to the easy fixes some people desire), actively try to keep people sick so as to not lose patients (as if there is a shortage of patients – apparently MDs are ready to sacrifice their own health and even lives to keep up the charade), and don’t learn about nutrition – complete and utter nonsense, though by actually learning about nutrition, they tend not to come to the same conclusions people like Andersen come to through google, confirmation bias and selective reasoning.

And of course: the numbers cited in the “documentary” are bullshit. For instance, according to WtH, food is the cause of most diseases, and 70% of deaths are preventable with lifestyle changes. According to real studies, however, between 20% and 40% of the top five causes of death could be prevented by lifestyle changes – but that includes not only dietary changes: tobacco is still a significant cause of death, for instance; diet has a relatively low impact compared to other lifestyle factors. WtH, however, explicitly asserts that dietary factors are more important than smoking, which is demonstrably false, and that plant-based diets will stop and reverse heart disease and prevent breast cancer, which is not only nonsense, but dangerous misinformation. Among an almost endless row of other lies promoted by WtH are the claim that early exposure to dairy increases the risk of Type 1 diabetes (evidence suggests the opposite) and that the risk of prostate cancer is four times higher with a diet including chicken (demonstrably false), as well as some familiar, easily debunked fearmongering about hormones in cows’ milk.

Another line of evidence WtH uses, consists of Andersen calling up major health organizations to argue and promote conspiracy theories; when they understandably enough decline to engage, he concludes that they are stonewalling him and that we can’t trust them because they (like the American Cancer Society and the American Diabetes Associattion) are in the pockets of the meat industry and only out to make money off of ill people.

Andersen & Kuhn previously got some attention for their documentary Cowspiracy, billed as (of course) “The Film That Environmental Organizations Don’t Want You to See”, which is also significantly marred by numerous inaccuracies and distortions put to the service of sensationalism, in particular its central conspiracy theory that a 2009 study found that 51% of all greenhouse gases are produced by animal agriculture. That figure is, of course, wrong (and it doesn’t come from a published study but from some kind of opinion piece by an environmentalist organization based on glaring and obvious mistakes) but Andersen & Kuhn, rather than asking whether they got things even remotely right, concludes that since most major organizations don’t accept the figure, these organizations must be in some vast conspiracy.

Diagnosis: Can’t help but offer it as a general recommendation: Avoid documentaries. Documentaries are, in general, shit. It’s a perfect vehicle for cynical conspiracy theorists, pseudoscientists and dingbats, like Andersen and Kuhn, to create convincing infomercials for anything: you can cherry-pick, distort and twist the data any way you like, and it’s easier to polish, and harder to get caught, than in, say, a written article. Sensationalist garbage like WtH should really be all the illustration of the problem you need. And yes: documentaries can be – and have been – used for good. But usually they aren’t.

Hat-tip: Harriet Hall @ sciencebasedmedicine (and others)