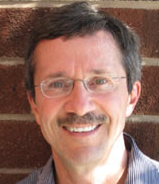 I didn’t quite remember who Scott Gillis was, so I had to Google him. First hit was a chiropractor in Ohio – and that might qualify on its own. However, this seems to be the right guy.

Scott Gillis is one of the culprits at the international organization/website "creation.com" (along with such impressive names as Jonathan Sarfati, Skip Tilton, Jay Seegert, Michael Oard, Rob Carter and the utterly lunatic Gary Bates).

According to his bio Gillis “turned to” creationism after “a paleontologist demonstrated to him how scientific evidence actually makes more sense when interpreted within the clear context of the Bible's account of history” (I don’t think “demonstrated” is the right word, and the level of confirmation bias needed to reach that conclusion suggests preexisting bias – besides, nothing suggests that Gillis knows the first thing about paleontology). At November 14 he will talk on “Creation: Impacting our Culture, + Dinosaurs & the Age of the Earth” in Covington, Georgia, and in December he will give “Dinosaurs & the Bible, + Why is There Death & Suffering?” in Oregon, if anyone is interested.

Associates with Ken Ham, and interprets Genesis literally, of course.