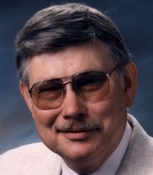 Lubenow is a young earth creationist most famous for his work on explaining (away) the fossils of early hominids such as homo erectus. In line with the usual creationist approach, the early hominids have to be explained away as either humans (perhaps as races that disappeared in the Flood – or, as according to Kurt Wise, Babel; see here or here) or as apes. It has generated a lot of ridiculous controversy within the creationism movement, and Lubenow disagrees, for instance, with Answers in Genesis’s A.W. Mehlert on the classification of homo habilis as probably human (for more on the various, completely arbitrary creationist positions, see here (dealing with Lubenow in particular) and here).

While he appears (to the uninitiated) to have some grasp of the language of the relevant sciences, Lubenow just doesn’t understand it (he has a master in theology, and an M.S. with a major in anthropology, but no relevant education in the relevant fields – though he has a honorary degree from Christian Heritage College, Tim LaHaye’s institution). The lack of understanding is cruelly laid bare in his confused rantings about Lucy. A main claim seems to be that evilutionists have tampered with the evidence. Lubenow’s claim seems to have made some impact among the most radical kooks, such as one Nick Lally, who is behind this exasperatingly ignorant rant. The conspiracy gambit is of course common when creationists are dealing with the interpretation of fossil finds; see, for instance, the hilariously ignorant quote by one Thomas Kendall here.

The most famous of Lubenov’s amazing claims are provided in his book “Bones of Contention” from 1992. A good discussion of it can be found here; another one is here.

Diagnosis: Utterly ignorant crackpot with an unrevisable premise and enough confirmation bias (and sufficient lack of critical thinking skills) to twist anything into evidence for/against anything. Complete boulderbrain, but he enjoys some respect among his peers.