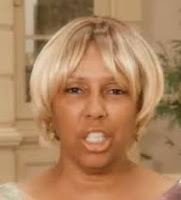 Hanan Islam is the executive director of the World Literacy Crusade (WLC), a California Scientology organization, and the founder of the National Association of Alternative Health Practitioners (NAAHP). She calls herself “dr. Hanan”, claiming to be a naturopathic physician with two doctorates and a master’s degree from Rochville University and the Eden Institute. Rochville is demonstrably a diploma mill, and no one seems to know what “Eden Institute” is supposed to be, which probably means it's spam. NAAHP is ostensibly a “comprehensive referral base of more than 1,000 Health practitioners, (MDs, NDs, Chiropractors, Acupuncturists, Homeopaths, Psychiatrists, Psychologists, RNs, Nurse Practitioners, etc.) practicing natural health therapies addressing the full spectrum of physical and spiritual maladies,” though Google primarily return a few sites on or about Islam if you search for it (and none of them, interestingly, appear to name any other member than her).

The WLC has had a bit more influence. It used to run a charter school in Florida, the Life Force Arts and Technology Academy, until 2012, when it filed for bankruptcy. Though Islam had reassured parents that the school wouldn’t be pushing religion (and it received about $800,000 a year in public funding), reports from former students and teachers sort of, well, contradict that claim, and the school seems to admit that its pedagogical approach was firmly rooted in L. Ron Hubbard’s pseudoscientific “study techs”. The WLC was founded by one Alfreddie Johnson, Jr., by the way, a close friend of both Louis Farrakhan and Isaac Hayes (Nation of Islam and Scientology enjoy substantial ties) to use “community-based literacy programs that utilize [sic ] the breakthrough study and drug rehabilitation methodologies developed by author and humanitarian L. Ron Hubbard.”

Islam also lists herself as a board member of the African American Mental Health Coalition, an organization that promotes such things as prayer, meditation, herbs and vitamins, and diet as “alternatives” to mental health care, and which lists Andrew Weil and Dr. Oz as their “favorite doctors.”

Diagnosis: A completely ridiculous character, but she has actually been in a position to cause genuine harm. Breathtaking.
Posted by G.D. at 4:01 AM