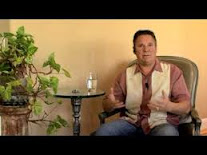 Tachyon energy is a thoroughly pseudoscientific notion that has become popular among groups of quacks, woo-pushers and frauds. The idea of harnessing tachyon energy was popularized in a pseudoscientific book called Tachyon Energy: A New Paradigm in Holistic Healing (1999) (yes, it even got paradigms) authored by Gabriel Cousens and David Wagner, in which the authors invoked “tachyon energy” to explain in association with a range of imaginary phenomena, including chi and chakras, to pretend to support pseudoscience-based practices like acupuncture, homeopathy and reflexology (apparently you can also tap into tachyon energy by doing yoga). Cousens and Wagner are, as you’d expect, spiritual medicine proponents of the kind that likes to pretend – and occasionally seem to even believe – that they are doing something relevantly connected to science (Cousens is indeed also often recognized as one of the grand old men of conspirituality). As a result of the book, many New Age gurus have adopted the idea of tachyon energy as something that bridges the gap between science and spirituality, and several of them have created websites to monetize the idea by selling various tachyon energy products. The idea itself, of course, have the same kind of connection (indeed, the same connection) to science as any type of quantum woo; tachyon energy is ultimately just another spin on New Age vitalism.

To give an idea of the types of explanations Wagner offers: “The condensation of zero-point energy into tachyon energy is the beginning of the Energetic Continuum, which is directly responsible for all forms on the planet. It is this condensation that creates all forms. In the production of matter, this formless zero-point energy condenses into faster-than-light tachyon. At the point of the speed of light, tachyon interacts with the Subtle Organizing Energy Fields (SOEFs).” You really don’t need much physics to recognize this kind of meaningless technobabble for what it is. The reference to zero-point energy is telling.

According to Wagner, who founded Advanced Tachyon Technologies to promote his inventions, our bodies absorb “this rejuvenating source energy, turn it into the physical frequency we need, and only take in as much as is needed in that moment”. Apparently “it is the body’s own intelligence which determines the amount of Tachyon we absorb.” And of course he’s got products to help the process: “The Tachyonized™ products which David Wagner manufactures at his factory go through his machines in a process which takes 14 days to complete.” And therefore they must work: “At the end of this time, they have become permanent Tachyon antennae and can be used on, in or around the body and the environment to maximize regeneration and wellness” – there is little further explanation, of course, of what actually happens to the products during their fortnight in Wagner’s machine (the machine alter any substance at a “submolecular” level, so that the substance becomes “tachyonized”), but at least they, including the “Tachyon Vortex Pendants”, are “available to people who have attended tachyon training workshops”, and who can then promote them further in Wagner’s MLM scheme. Apparently the objects will cause changes in some energetic system that everything in the universe can detect and interact with, except humans, of course, since if we were able to detect it we could subject it to scientific testing, and that would sort of undermine Wagner’s grift. At least he doesn’t promise a positive effect – that all depends on what happens at something called “a Bifurcation point”: if you use his crystals and pendants and whatnot, they will emit undetectable particles that interacts with an undetectable energy system of your bodies, and whatever condition you are trying to treat will either get better or worse or be completely unaffected, depending on what happens at that point. Who knows? But they’ve got testimonials!

More details on Wagner and his products here.

Diagnosis: It is really, really hard to entertain the idea that Wagner is acting in good faith. He has mastered bullshitting to perfection, and there is even an MLM involved! But we’ll be charitable (?) and conclude that Wagner must be one of the most obtuse and incoherent loons out there.