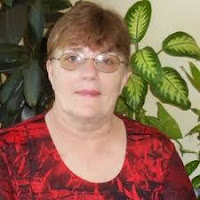 Norma Erickson is an anti-vaccine activist and the very founder SANE Vax, an anti-science organization we’ve had some opportunities to talk about before. The group is “dedicated to spreading misinformation about the HPV vaccine”, and their website employs most of the standard antivaccine PRATTS, though in the case of SANE Vax these are directed primarily at the HPV vaccine. Their goal is to promote only Safe, Affordable, Necessary & Effective vaccines, but despite requests they have not provided any examples of vaccines they think fulfill those criteria. The organization is, in other words, anti-vaccine through and through.

Erickson has been relatively vocal about perceived dangers of the HPV vaccine, even sending a letter to the FDA complaining that there is DNA in the vaccine: “SANE Vax Inc. contracted with an independent lab to test for contamination and found HPV recombinant DNA (rDNA) in 13 vaccine vials.” Curiously (or “curiously”), there is not a single scientific paper or report describing the methodology used and the specific tests used, apparently because of “the proprietary processes and information utilized by our laboratory to test the samples.” So, we’re talking about a “novel” test here, and FDA were not given the actual results or methodology behind the findings; in addition, even if their analyses were correct they would be extremely unlikely to be problematic (the quantities of HPV DNA involved were in any case many orders of magnitude smaller than they would need to be to have the faintest chance of getting into cells to make trouble). Nevertheless, SANE Vax demanded that the FDA take action, as well as “transparency” from FDA and Merck (not themselves – in their own case transparency was unfortunately made impossible by proprietary issues). Mostly, however, they tried to scare the public. The affair is discussed here. SANE Vax later tried to bolster their pseudoscience with some nonsense from one Dr. Hanan Polansky; that nonsense is discussed in some detail here.

Together with Catherine J Frompovich, who bills herself as a “Consumer Health Researcher & Author,” Erickson also wrote the article “A Parent’s Guide: What to do if your child dies after vaccination”. The main premise for the article is the fact that vaccine-related deaths are incredibly rare, which to Erickson and Frompovich means that there must be a conspiracy. By deliberately misunderstanding correlation and causation and misusing the VAERS database (no less), they managed to imagine their way to implying that the “true” number of vaccine-related deaths is somewhere between 2,170 and 21,700 a year; that is, it could be as much as 40% of all childhood deaths before age 19. Combined with their idea that the problem is increasing given the alleged skyrocketing number of vaccines given the last few decades, their figures are in direct contradiction with the steady decrease in child mortality rates over the last decades, but Erickson & Frompovich aren’t in the business of letting reality or truth interfere with their delusions. The punchline, though, is that “[p]arents should realize their gut instincts most often are correct, especially about their child whom they have been taking care of since birth.” Yup, mommy instincts trumps reality, truth, reason and painstaking records, at least “most often”. Parents should also be aware that if they experience the horrible event of a child dying, “the coroner is appointed by government authorities,” and is usually part of the conspiracy to keep vaccines free of blame. And coroners systematically fail to test for instance for the toxins found in vaccines.

Diagnosis: Crazy conspiracy theorists, and if you are normally reasonable and ever came across their webpage, that would be obvious. However, they somehow manage to get not only less reasonable people but also, on occasions, various journalists to take them seriously, and given their agenda they must accordingly be considered dangerous.
Posted by G.D. at 3:31 AM