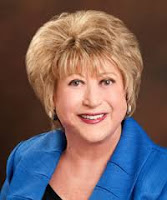 Sue Everhart is the former Chairman of the Georgia Republican Party, and her entry in our Encyclopedia was ensured by her 2013 argument against same sex marriage. Everhart warned that if same sex marriages were to be legalized there is a legitimate risk that people who are “as straight as an arrow” will take advantage of it by pretending to be gay and marrying other heterosexual people for the benefits to which they may then be entitled. If you can’t see why that argument qualifies her for an entry, you should probably not be in a position of power or influence. She also said that “it is not natural for two women or two men to be married. If it was natural, they would have the equipment to have a sexual relationship.”

Diagnosis: A very silly person. Hopefully neutralized, but we doubt that the people taking her place are much better.
Posted by G.D. at 2:59 AM