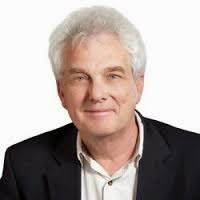 Joel Belz is the founder of God’s World Publications, which includes the World Journalism Institute and WORLD Magazine, a biweekly fundamentalist tract. He is also a signatory to the Manhattan Declaration, and otherwise disconcertingly influential on the religious right.

To outsiders, the WORLD Magazine is most famous for its virulent anti-gay stance, and Belz himself has claimed that the “homosexual agenda” is “an extreme in-your-face challenge to God’s order.” When WORLD named ex-gay activist Alan Chambers the “2011 Daniel of the Year” (that was before Chambers disavowed reparative therapy), Belz accused supporters of marriage equality of being “forces of anarchy” who are “undefining the family.” “If heterosexual immorality is like driving 85 mph in a 35 mph zone,” said Belz, “then homosexual immorality is like going 85 mph the wrong way on a one-way street,” which is a good quote but oh, so wrong-headed.

Belz is, of course, also a creationist. Indeed, Belz has lamented how “the rise of Darwinism led step by step, discipline by discipline, cultural corner by cultural corner, to the exclusion of God from public discussion.” But it’s not only Darwin: “Darwin did it successfully in the field of science, Marx in economic theory, Freud in psychology and the social sciences, Dewey in education, and then almost everyone in politics.” Indeed, it seems, all of modern science is really a conspiracy against Jesus! Which shows that Freud, Marx and Darwin are really just three sides of the same coin. Now, Belz says that the huge disparity between what the public thinks about evolution and what the scientific community says is part of a larger problem, which is correct, but Belz suggests that the discrepancy means that scientists are therefore wrong because … well, conspiracy, mostly. In fact, evolution, according to Belz, is one of the “seven Big Lies we are all subjected to virtually all the time” by the media (which is part of the conspiracy against Jesus). Other lies include global warming, where, once again, the media just appeals to experts “instead of serious two-way arguments” with the public who tend (in Belz’s mind at least) to disagree with them. (The other items on his list of “lies” are homosexuality (he cites Richard Cohen’s
“research”), stem-cell research, Islam and pluralism.)

Diagnosis: We’ve seen a lot of fundamentalist denialists, but few people we have covered are so thoroughly and staunchly and zealously anti-science as Joe Belz. We should perhaps not exaggerate his influence, but it is certainly not negligible.
Posted by G.D. at 10:32 AM