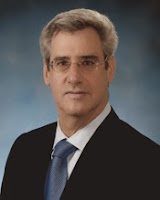 Though far from the loudest or most colorful, Brian Berman is, in fact, one of the movers and shakers of the medical quackery movement in the US. Berman is a Professor of Family Medicine and director of the University of Maryland School of Medicine Center for Integrative Medicine, a place to avoid at all costs that offers a range of absolute cargo cult-like, faith-based nonsense such as homeopathy, reflexology, and reiki. Though he has real medical training, Berman is also trained in a variety of bullshit – he is for instance “trained in homeopathy and has a membership in the Faculty of Homeopathy, has a diploma from the London School of Traditional Chinese Medicine, and is a licensed acupuncturist,” and his career has been dedicated to “evaluating the efficacy, safety and cost-effectiveness of complementary and alternative medicine” – that is, to pseudoscientific validations of techniques and treatment regimes that demonstrably do not work (there is an excellent discussion of his career in this report on an interview he did with fawning chiropractor Daniel Redwood). Berman is the principal investigator of a NIH specialized center grant for the study of complementary medicine in the treatment of arthritis and related disorders, principal investigator on a number of large NIH and Department of Defense-funded clinical trials on modalities such as acupuncture and mind/body therapies, and has also been on the advisory committee of NCCAM, board member of the Institute of Medicine’s panel on woo, founder and field coordinator for the complementary medicine field of the Cochrane Collaboration, and chair of the Consortium of Academic Health Centers for Integrative Medicine, the mission of which is “moving the boundaries of the existing field of medicine to include the wisdom inherent in healing the ‘whole person’ – mind, body and spirit.”

Lots of worthless credentials, in other words, but they amply illustrate what Berman is up to – he is not the kind of pseudoscientist who comes up with new treatments or anecdotes, but the kind who works behind the scenes to boost the reputation and influence of bullshit, and to influence policy makers. One of his most noteworthy techniques is to describe diet, exercise, counseling, psychotherapy, and hypnotherapy as “alternative practices”. There is, of course, nothing “alternative” in any of them, but by including them among “alternative practices” Berman can argue that mainstream MDs already accept many “alternative” practices, which will again serve to legitimize the true woo he’s peddling – in particular homeopathy, which Berman will happily promote in particular, despite the fact that it is demonstrably useless for anything as well as grounded in the kind of incoherent metaphysics usually associated with cartoon witchcraft.

Berman has, in fact, managed to get a credulous, pseudoscientific article published in the New England Journal of Medicine, no less, promoting acupuncture and deeply steeped in ancient mythology; Berman even agrees that the ideas are based on religious dogma rather than sensitivity to evidence and reality. Given the protocol, the study is utterly worthless from a scientific point of view, of course, but it does, once again, serve Berman’s efforts to boost the apparent credibility of quackery. Another worthless acupuncture meta-analysis, by Berman and research associate Eric Manheimer, may not have been published in such a respected venue, but is very telling when it comes to the “value” of acupuncture as a medical technique.

As for other achievments, Berman must for instance be held largely responsible for getting Congress to recognize October 7-13, 2013, as Quackery Week (not their term), after a resolution submitted by Barbara Mikulski (D-MD).

Diagnosis: One of the biggest threats to health and well-being in the US; enormously influential and completely delusional.
Posted by G.D. at 11:52 AM